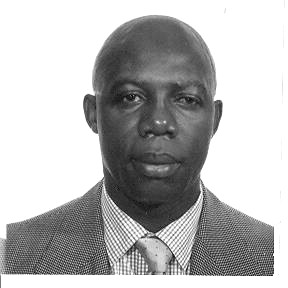 One who has been at the forefront of cricket in the New York region for almost 25 years, Godfrey Mitchell, an ardent supporter, sponsor, and keen follower of the game, is admired for the tireless and unselfish work that he gives to help in the development of the game in the area.
Mitchell, who has given yeomen services to the New York Cricket League and the popular Master's competition which is held throughout the region, has also served as manager for the USA team, and throughout the years has performed leadership roles in numerous tournaments that take place in the region.
When Van Cortlandt Park was under construction and there was no place available for his team Cornwall Cricket Club to play in New York, Mitchell then president of the club took his members to Hartford, Connecticut, and joined forces with the Sportsmen’s Athletic Club to produce an unbeatable team which has held the championship titles in the Connecticut Cricket League’s 40 over and T20 format for the past eight years. They travel from New York to Hartford every weekend to participate in the tournaments.
Born in the small village of Thompson in the parish of Clarendon, Jamaica, Mitchell, who was adopted and grew up without a mother and father, began his education at Blackwood Seventh Day Adventist Church’s school then moved onto their High School in May Pen. He migrated to the U.S. in 1987.
On his arrival in New York, after working as a bus operator with the New York Bus Service, a sales representative with All-State Insurance Company, and furthering his education by pursuing a number of courses, in 1999, Mitchell launched his own company Godfrey U. Mitchell Associates as a licensed public adjuster for the states of New York, New Jersey, Connecticut, and Missouri.
With more than 12 years of experience now in the field, he said that he is reaching out to society in general to serve their asset management needs and that he is determined to provide the necessary information that highlights the important role a public adjuster plays in the lives of every responsible citizen during a disaster.
He describes himself as a technician, who deals with the nuts and bolts of the policy/control, in order to prove losses and obtain the most for clients under the policy entitlements. “My aim is to ensure that all areas of safety and recovery are addressed and understood in great detail long before utilizing the information becomes a necessity,” he said. At one time, Mitchell was also the co-host of the popular Night Flight, an entertainment and information program that aired on Sundays from 11 p.m. to 1 a.m. on WRTN Radio FM 93.5 in New York. He and his wife Iola has been together since 1978. They have three adult children, Godfrey Jr., Horace, and Shawn.