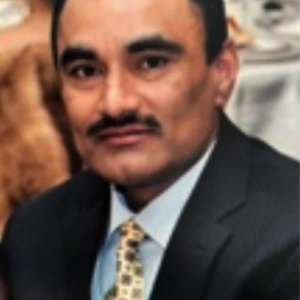 Zamin Amin was born on April 5, 1963, in Albion, in the County of Berbice in Guyana. A left-arm orthodox bowler and middle-order batsman, Zamin represented the East Berbice-Corentyne region in the Under 13, Under 16, and the Under 19 regional tournaments and Berbice in the Guyana Inter-County tournament.  In 1981, he represented Guyana's Under 19 team against Barbados in the West Indies Benson and Hedges tournament and shortly after migrated to the United States. He then joined the American Cricket Society (A.C.S.) cricket club in New York, which he still represents.

Zamin made his senior debut for the U.S.A. national cricket team at the 1990 I.C.C. Trophy in the Netherlands and took 13 wickets from seven games finishing as the team's leading wicket-taker (and fifth overall). His best figures of the tournament were four for29 from 10 overs, which came against Gibraltar, and he scored 56 batting at number seven in that same match.

Right after the 1990 I.C.C. Trophy Zamin Amin was appointed captain of the U.S.A.'s national team and success came immediately. The U.S.A. won the Autey Cup against Canada for the first time after several years. Amin was also the leading wicket-taker for the U.S.A. at the 1994 I.C.C. Trophy, taking 11 wickets from seven matches, including 5 for 20 against Israel. He came close to repeating the feat at the tournament's 1997 edition, with only one other bowler taking more wickets among his teammates.

In October 1998, Amin played for the U.S. in the 1998-99 Red Stripe Bowl, the West Indies domestic one-day competition. However, he had little opportunity to bowl in his two matches and went wicketless. Amin's next major international tournament was the 2000 Americas Cricket Cup in Canada. After that, he did not return to the national team until March 2004, when he represented the U.S.A. in the I.C.C. Six Nations Challenge in the United Arab Emirates.

Later in the year, in May, Amin was selected to make his first-class debut, playing against Canada in the newly established I.C.C. Intercontinental Cup. He was 43 years old at the time of his debut and took two wickets in each innings. Despite his age, Amin was his team's equally leading wicket-taker at the 2004 I.C.C. Americas Championship in Bermuda, with his best figures being five for 31 against Argentina. After the championship, the U.S.A. played an Intercontinental Cup fixture against Bermuda. It was Amin's last international appearance.

Zamin Amin held the record for the most List A wickets (47) for the U.S.A. from 2004 until Usman Shuja surpassed that record in 2013. Overall, Amin represented the U.S. in three I.C.C. Trophy tournaments, captained the team in the 1994 tournament, and played in several other tournaments. As the U.S.A. captain, Amin went five and two in seven games in the 1994 I.C.C. Trophy tournament, second only to Sew Shivnarine in the percentage of wins and losses.

Locally in New York, Amin was very successful as captain of the Inter-Country, Inter-County, A.C.S., and several other local tournaments. Amin has held several administrative positions in the Eastern American Cricket Association. He also coached and managed the U.S.A. team to Malaysia. Currently, Amin is the Treasurer of the Eastern American Cricket Association.