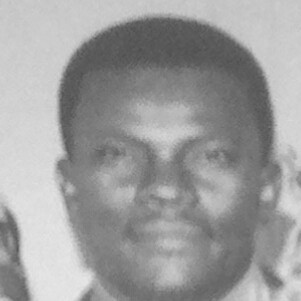 Cyrus H. Aimey was born in Barbados, attended St. George Boys School and The Barbados Evening Institute. He represented George Park Cricket Club B.C.L an played intermediate and First Division BCA Cricket for the Barbados Police Force. He was a very solid opening batsman and off-spin bowler.
In 1969 he came to Connecticut and joined the Barbados American Society Cricket team and had a very successful season. One of the highlights of his career was a sterling 97 runs against U.A.A. in Boston.
He is a very active member in the Barbados American Society having served as Secretary for 15 years. He was instrumental in the purchase of the Headquarters of the organization at 126 Homestead Avenue, Hartford, Connecticut.
He is a very active member of St. Monica’s Episcopal Church, and the Brotherhood of St. Andrew.
Cyrus is employed by the Hartford Insurance Group of 21 years; twelve years as a Building Engineer.
Cyrus also volunteers his time delivering Meals on Wheels to the elderly and shut-ins for the past three years.
He is married to Barbara P. Lindo and resides in Windsor, Connecticut.