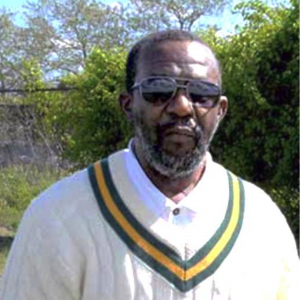 CARL PATRICK
Carl Patrick was born in Maroon Town, St Elizabeth, Jamaica on July 9, 1947. He attended Vere Technical High School, where he excelled in cricket, football, and track and field, before joining the Jamaica Defense Force as a soldier and serving for several years before moving to the United States in 1976 and settling in Brooklyn, New York. He worked for Chemical Bank and AT&T. While working at AT&T, he attended Long Island University, where he obtained his BSc., Degree in Business Administration.
As soon as Patrick arrived in New York, he got involved with cricket, his favorite sport, and lifelong passion. He first joined the Jamaica Athletic Cricket Association and played for two years as an excellent all-rounder. He then moved on to Lucas Cricket Club, where he spent three years and later founded Spartans Cricket Club. The club lasted for three years, and he moved on to Lions Cricket Club. In all the clubs he was involved in, he played and served on their management teams. He was Secretary and cricket captain at Lucas. At Spartans, he was the founder and President, and at Lions CC, he served as President for over 20 years.
Patrick was elected to the Board of the Metropolitan League and served for 15 years, Corresponding Secretary and Vice- President. During that time, he also served as the League's Umpire Coordinator.
Patrick was a qualified International cricket umpire. After his playing days were over, he would be on the field every Saturday and Sunday, umpiring games in the Metropolitan League and Master's Cricket Leagues.
When the New York Public Schools made cricket a Varsity Sport under Commissioner Bassett Thompson, Patrick became one of the official umpires. Because of his dedication to cricket and his willingness to serve, he was elected to the United States Cricket Umpires Association board, a position he held until his death.
He was always one of the preferred umpires for playoff games in the Metropolitan and Masters Leagues. He would volunteer his services free of charge in all memorial and celebrity games. All this he did with a calm, quiet, and cheerful demeanor.
New York cricketers and fans will remember Carl Patrick as one of the most dedicated members of the cricket community. His nomination for induction into the Cricket Hall of Fame posthumously was enthusiastically endorsed­.
On February 18, 2019, Patrick passed away and is survived by his wife, Carol, children Andrea, Stacy, Allison, and Shaun.
We have lost a true champion and one of our brightest stars.
May Carl's Soul Rest in Peace.