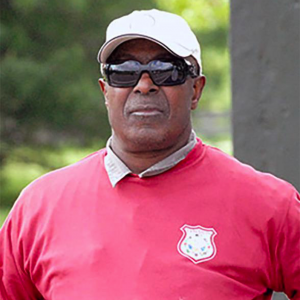 Nathan migrated to the United States more than 40 years ago, where he plied his trade as a skilled auto mechanic for several firms in New York. He was proud of the fact that he was also a talented chef. Many will best remember Nathan as a dedicated, loyal cricket enthusiast.

Although he did not play cricket at the highest level, he was the greatest all-rounder of all serving the cricket community in New York. He was a member of several clubs before joining Cosmos Cricket Club and being appointed Club Manager. When Cosmos acquired the famous Floyd Bennett Cricket field, Nathan proved to be a great groundsman, keeping the grounds and pavilion in impeccable condition at all times.

Floyd Bennett was the official ground for all playoffs and final games of the New York Metropolitan Cricket League, and Nathan took great pride in ensuring that this was the best-kept field in the league. As Nathan prepared the ground for a game, bring water to the players, and work the scoreboard. Then after the game, he would help serve refreshments to players and spectators. He would ensure all equipment was stowed, then collect all the garbage and put them in bins. Because of this type of dedication, Because of the commitment, Nathan was appointed one of the Metropolitan League's official groundsmen.

At league presentations or other functions, Nathan would serve as maitre d', ensuring all guests were served. If he attended an event of any cricket organization, he would volunteer to assist. Such was his willingness to be at the forefront of service to his fellowmen in the cricket fraternity.

Nathan was also a board member of the United States Cricket Promoters Association, founded by Roy Sweeney. In the organization, Nathan was one of the most dedicated and valuable members, always giving passionate service wherever it was required.

Nathan passed away on February 7, 2021, after a brief battle with Covid-19. Surviving Nathan is his daughters Nadine and Beverley, brothers Dave, Winston, Jeremiah, Herbert, Urel, Herman, and Vincent. Sisters Agatha and Beverley, and a special friend, Phyllis.

May Nathan's Soul Rest in Peace.