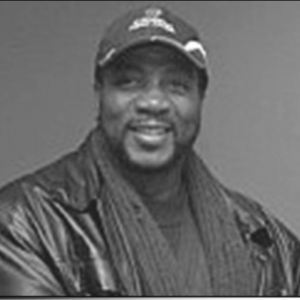 Hutchinson’s first stop was Baruch college where he obtained a Bachelor’s Degree in Accounting. Then driven by his quest to further enhance his knowledge, he enrolled at Pace University where he secured a Master’ Degree in Business Administration. He went on to Stamford University where he completed his Master’s degree in Accounting and eventually obtained his Certified Public Accountant credentials. Armed with an impressive array of educational credentials, it was time to begin carving out a professional niche and secure financial stability for his family. Further, Hutchinson wanted to make a permanent contribution to some of his favorite sports, namely cricket and domino.

An above average cricketer, Hutchinson represented All-Bauxite and Melbourne Cricket Club in the Senior Cup Competition in Jamaica. In 1977, his cricketing skills earned him recognition by the selectors of the Jamaican national team who invited him for trials. Unfortunately, he was unable to accept because he was migrating to the USA that same year. In 1978, Hutchinson joined the Metropolitan Cricket League (MCL), where he held several positions which included vice president, public relations officer, marketing manager and was a member of the planning committee. For many years Hutchinson represented MCL in the annual Inter-League competition.

In the mid-eighties when the MCL started playing in the Division One competition, Hutchinson became the first player to get out in the 90s. He made 99 runs off 15 overs against International Cricket Club with a broken finger. He sustained the injury in the second over of the match. Hutchinson is also the first player to score more than 400 runs and take more than 23 wickets in a season in the league. He holds the distinction of being the only captain to lead his team to a perfect record (the 1998 season), winning all 17 matches that they played. He holds a similar record in the Gary Sobers Masters tourna- ment that is held in Barbados, his team completing their schedule of matches without losing a game.

Now in the twilight of his playing days, Hutchinson has turned his attention to the organizational aspect of the game. To this end, he embarked on several programs, including the New York Red Stripe Cup tournament. His first attempt in 1993 to get Red Stripe to sponsor the New York tournament was rejected. Undaunted he approached Red Stripe again in 1994 and this time the door opened and thus the New York competition was born.