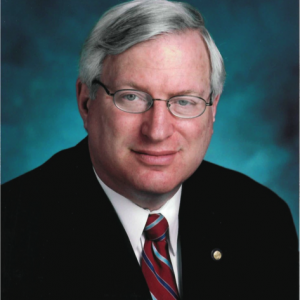 Alan Maisel is a lifelong resident of Brooklyn, having lived his entire life in the southern end of Brooklyn. He attended local schools including P.S. 233, Meyer Levin JHS 285, and Tilden High School. He is a graduate of the Brooklyn Center of Long Island University with a B.A. in History and an M.A. in Urban Studies. Mr. Maisel is also a graduate of Brooklyn College, having been granted an Advanced Certificate of Administration and Supervision in Education.

Mr. Maisel has been involved in civic, community, and political activities for most of his adult life. He was a member of the District #22 Community School Board serving two terms as chairman. He was also a long- time member of Community Board #18 which encompasses most of the 46th Council District. Mr. Maisel has received awards and honors from many of the District’s civic and community organizations, including the Mill Basin Civic, the Mill Island Civic Association, Friends United Block Association, and the Parent Associations of P.S. 236, P.S. 251, and I.S.14. He was also awarded the 2016 Man of the Year, Honor of Appreciation from the New York Metropolitan and District Cricket Association, Inc.

He was a member of the District 22 Community School Board, serving two terms as Chairman. He is also a member of the King Plaza - Canarsie Kiwanis Club, the Canarsie Lions, Genesis Lodge of The Knights of Pythias, The Humane Society, The World Wildlife Fund, The Brooklyn Division of the NAACP, and The International Order of Odd Fellows. In 2017 Mr. Maisel was re-elected to a second term in the City Council. He serves on the following committees: Civil Service and Labor, Fire and Emergency Management, Governmental Operations, Hospitals, Justice System, and Veterans.

Mr. Maisel first became interested in the game of Cricket when he was introduced to Roy Sweeney by former Assemblyman and Cricket Hall of Fame member Frank Seddio. Alan Maisel and Roy Sweeney worked together for the next 10 years promoting the game of Cricket. Alan and Roy developed a great friendship over the years. Councilman Maisel was instrumental in having the cricket field on Erskine Street named after Mr. Roy Sweeney.

Alan Maisel is a retired Assistant Principal and former teacher. He served as Chief of Staff to Congressman Charles Schumer and most recently he was Chief of Staff to Assemblyman Frank R. Seddio, his predecessor in the State Assembly. Mr. Maisel also served as Assistant Director of the New York State Legislative Advisory Task Force on Reapportionment from 1979-1982. He was elected to the New York State Assembly in 2006 and served until December 2013, when he left to become the Councilman representing the 46th Council District. He has been married to his wife Lynn for over 30 years. They have two children, Terry and Lauren.