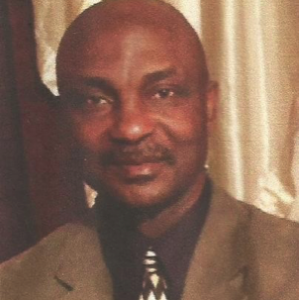 A visible presence on the New York cricket scene

Clement U. Thompson (Clem) was born in Bath, St Thomas, Jamaica, West Indies. He attained his early education at the Bath All-Age High School. While playing Cricket for his school, he joined the Police 4-H Youth Club where he further developed his cricketing skills and was involved in various club activities. Upon graduating from school at 17, he was employed by the Jamaica Sugar Estates and immediately started playing cricket in the Sugar Industry Competitions. In 1974

Clem made the St Thomas Parish team, which he later captained for two years.

After playing for many years in the Sugar Industry and Parish competitions, Clem moved to Kingston where he played for the Jamaica Defense Force for two years and then moved on to the prestigious Lucas Cricket Club. In 1977 he made his professional debut as a fast bowler, representing Jamaica in a touring game against Pakistan at Sabina Park, Kingston. After that he was a regular player for Jamaica in Shell Shield Competitions from 1977 to 1985. In addition to that, at age 22, Clem was named Captain of the Eastern Zone of the Bustamante Cricket Competition and in the same year was awarded “Sportsman of the Year” Trophy for the Sugar Industry and the Worthy Winner of the Sir Robert Kirkwood Trophy. He also had the honor of playing in the Sir Garfield Sobers Benefit Match at Sabina Park.

In 1980/81, Clem played professional cricket in Durham, Newcastle and in the Central Lancashire League for Norden Cricket Club, while still representing Jamaica in Shell Shield and Lucas CC in the Senior Cup. In 1985/86, Clem played Cricket in Bermuda for the Bailey’s Bay Cricket Club.

Clem migrated to the USA in 1986 and immediately began a new chapter in his cricket career. He started playing for Excelsior Cricket Club in the Metropolitan League and remained with that club for five years. Upon leaving Excelsior, Clem was a founding member of Mid-Island CC in 1990. In addition to his playing duties, he held numerous leader- ship positions in this organization including Captain, Manager, Coach, and ultimately President. Clem’s house became the headquarters for the club and many fund-raising activities were hosted and financed by him.

Ever since arriving in New York, Clem has always been a visible presence on the cricket scene as player, coach, selector, manager and volunteer. Along the way, he acquired two coaching certificates; he completed a Coaching Certificate Course in England in 1981 and a Level 2 Certificate Course in 2013. Because of his coaching skills, he was a Selector and Coach for the New York Cricket Region for seven years. He was the Selector/Coach for the Metropolitan Giants Cricket team to the US cricket Open in Fort Lauderdale for 2 years.

He is a member of United States Cricket Promoters Association, where he is active in planning its functions and Fundraising efforts. In April 2016 a section of the Good Year Oval in St. Thomas, Jamaica was renamed in his honor by the Thomas Cricket Association. Clem continues to play and coach in the Metropolitan Cricket League and the New York Masters League.