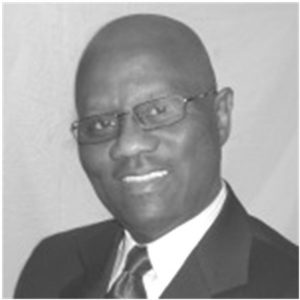 John Aaron is the Secretary of the American Cricket Federation (ACF) and considers himself a “servant of cricket.” Prior to being elected ACF Secretary in 2012, Mr. Aaron served as Executive Secretary of the United States of America Cricket Association (USACA) from 2008-2012.
Mr. Aaron is viewed by many, as being extremely pivotal in the reconciliation efforts within USA cricket in 2008, following two suspensions by the International Cricket Council (ICC), in 2005 and again in 2007, based on the poor governance of cricket in the USA. He has demonstrated an unselfish approach to problem-solving in a volatile environment, serving as chairman of the USACA League President’s Reconciliation Commission in 2007, and a member of the USACA Constitution Review Committee.
Described by former West Indies Cricket Board President Ken Gordon, as “…a true Statesman,” John Aaron’s expertise in management as an Executive Vice President and Regional Training Director in corporate America, and his current involvement in academia, afforded him the skill-sets needed to help US cricket regain its credibility in the international arena.
Just prior to USACA being readmitted into the international cricket community in 2008, then ICC Chief Executive Malcolm Speed described John Aaron’s views calling for a new direction and leadership for USA cricket as “very impressive and worthy of consideration.” Many have described the views and actions of John Aaron, as one of the most positive turning points for US cricket in the past decade.
Currently a senior college administrator in New York City, John holds a BA in Media Communications from Hunter College of the City University of New York and a MA in Management and Technology from New York University. He is the recipient of several academic and civic awards including the prestigious New York University Prism Award for an outstanding alumnus.
John’s strengths lie in his ability to coalesce individuals with differing points of view and to get them to work towards a common objective, such as the development and promotion of the sport of cricket. He is regarded as an independent thinker, with an unquestionable commitment to helping develop cricket in the USA, indicative of his past stewardships as Secretary and President of Atlantis Cricket Club – NY, Secretary and President of the Eastern American Cricket Association, and Chairman of the New York Cricket Region.
As a club and league president, John Aaron has demonstrated an innate ability to partner cricket with the community. In a number of initiatives beyond the sport of cricket, and benefiting the community, he has initiated such programs as academic scholarship funding, Habitat for Humanity housing, financial fundraising assistance for injured and/or sick cricketers, and clothing, toys, and food drives in the New York metropolitan area.
An avid writer on the subject of cricket, John Aaron is a past recipient of the Cricket Hall of Fame President’s Award for Outstanding Journalism.