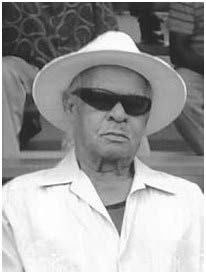 I Noel C. Elliott of Jamaica WI came to the United States of America in the year 1944. In 1945 I started playing inter camp cricket against a team from New York led by none other than James (Jimmy) Gabriel.
I became a member of the West Indian Social Club of Hartford Inc. in 1950 and started playing for them against the Massachusetts Cricket League. I had the opportunity to represent the United States against Canada in 1952, and in 1958 with a combined team against a West Indian team with such notables as Alfred Valentine, Easton McMorris, Camie Smith, Prior Jones and many others.
I played for West Indian Social Cricket Club for twenty two years captained for ten years’; vice captain, and manager.
ACHIEVEMENT
I have earned awards for Best Bowler, Best Batsman, Best All-round Player many times, also Honorary Life Time Member of United Athletic Association Cricket Club of Boston, Mass.