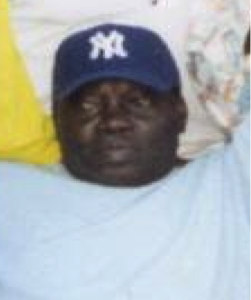 Dedicated his life to cricket

Well known cricket figure Cecil Alphonso Dixon earned the love and respect of almost all the players and enthusiasts of the sport in the New York, Connecticut, Boston, and Canada areas, for the outstanding contributions and role that he played in the development and growth of the sport in the U.S.

“Tricky Dick” or “Mr. Cricket” as he was affectionately called by many of his friends, Dixon dedicated his life to the game as not only a player but also as a promoter, team manager and maintenance person. You name it, he would do anything humanly possible, many times all alone, to make sure that the pitches are ready whenever a match is scheduled.  In other words, he would do everything possible to promote, and give support to help with the improvement of the game in the U.S.

Dixon’s passion for the game developed while he was growing up in the district of Waterworks in the parish of Westmoreland, Jamaica.  He began his cricketing career as a youngster playing for the school that he attended, Cokes View Primary, where he excelled as an opening batsman. As one of the top players on the school’s team, after school, at the age of 17, he was drafted into the All-Parish team, which played in Nethersole Cup, one of the top cricket competitions that was played in Jamaica during those times. He also played for Public Works in another competition.

In 1957, he migrated to England and it did not take him too long to get involved with the game over there. Shortly after his arrival, he began to play for the Luton Town team in the Minor League competition, where he established himself as an accomplished opening batsman. Many will remember him for his overly aggressive approach in scoring runs when he was at the wicket.

In 1971, he moved to New York, U.S.A., and began playing in the New York Cricket League for Primrose and Cornwall Cricket clubs. He took his love for the game with him over there getting himself not only involved with playing the game, but he also took on the task of preparing the wickets at Van Cortland Park, and assisted the late Roy Sweeney in promotion of the game which included a visit by the West Indies team.

An avid lover of the game, he enjoyed playing into his late 60s. When his playing days was over, he became New York Cricket League team’s manager, an umpire, and an ambassador for the game by selecting and sponsoring a team which he organized matches with them against teams in Connecticut, Boston, and Canada, which lasted over many years.

“Tricky Dick” should be remembered for his friendship, laughter, great smile and especially his generosity. Most of those who were close to him lauded him for his passion in going out of his way to help others.