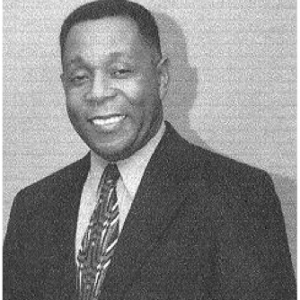 Arriving in the United States in the fall of 1971, he began playing competitively in

the spring of 1973, in the Long Island Cricket League.

A founding member of Villagers Cricket Club which was established in 1980, Belnavis who has been a loyal member of the club for over 38 years, has never missed a season playing and/or administering cricket since 1973. He held positions of president, captain and manager. Currently he is the treasurer of the club. He has also served with the Spartans Club in the Long Island Cricket League for seven years.

In 2000-2003, he was the director of the Red Stripe Cricket Competition, which was the premier competition in the United States at that time.

In the local arena, Belnavis was elected president of the then 124-year-old New

York Metropolitan Cricket League (NYMCL) in 2004, a post that he held for two years. On the national stage, in 2004, as presi- dent of the NYMCL and a leader of the United States of America Cricket Associa- tion (USACA) Council of League presidents, he participated in a meeting that was held in Dallas, T exas, in which the clubs

and leagues were seeking to obtain more power in the administration of cricket in the USA.

two years and is presently a founding member of the nine-year-old New York Masters Cricket Association. In addition to all things cricket, he took time out to become a founding member and president of the Jamaica Civic Association whose mission was to assist Jamaicans and those of Jamaican parentage both here in the US and in Jamaica, who are in need of humanitarian assistance.

Known for his discipline and loyalty, Belnavis has demonstrated an innate ability to partner cricket with a number of other initiatives beyond the sport and for his philanthropic work to benefit his community.