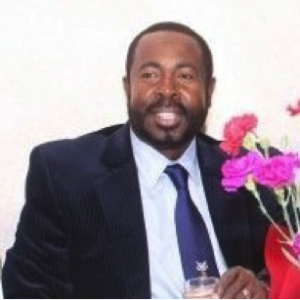 Has a lot of playing and coaching experience

Born in Kingston, Jamaica, Earl Daley, a former U.S. player who has a lot of playing and coaching experience, had established him-self as a top class cricketer before migrating to the U.S. While in Jamaica, he played Senior Cup for the St. Catherine and Melbourne cricket clubs. At that time, he was the only opening batsman and bowler in any of the competition’s teams in the country. He performed in this position for three years.

As the captain of the Melbourne team, he won the coveted J. K. Holt’s trophy. He also was involved in the highest runs partnership, 313 runs, with Errol Brown, while representing Jamaica in the national Red Stripe sponsored tournament which was held in the West Indies several years ago. The record still stands.

However, it was here in the U.S. that Daley made his outstanding contributions in the development and growth of the sport. He served in many capacities which included an administrator, player and coach. Daley not only was the captain of the New York All Star team that played an invitational game against a West Indies team but also served as the captain of the Metropolitan team that won the competition for five consecutive years and as coach/selector of the four times champion New York Region and the Atlantic Region in the national championships. He was also chairman of the USA and the New York Region’s Selection Committee.

A certified West Indies Cricket Board’s (WICB) and the International Cricket Council (ICC) Level 2 coach, Daley was a part of the Caribbean Premier League’s and the ICC’s performance coaching seminar. He managed and helped in organizing All Star teams in the U.S. and was the winning coach of the first cricket team in the U.S. to take part in the Junior Olympics and the first National New York City League’s coach in the Under-18 tournament. Presently, he coaches at Dreamcricket, Starsports and Bat & Ball Academies in New York. Numerous players under his tutelage have gone on to play for their national teams. Daley has also received commendation from Edison Township for helping to expand the game here in the U.S.