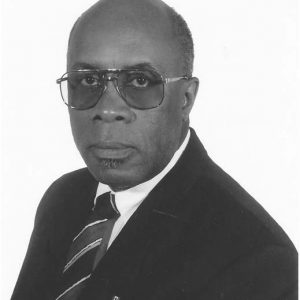 Former Canadian Cricket administrator, Dr. Geoff Edwards was among 26 honorees in Cricket Canada’s 2014 Inaugural Hall of Fame induction class. He was Cricket Canada’s (CCA) President for seven years, 1996-2013, an Ontario Cricket Association (OCA) Director for a decade and Chairman of the Hamilton & District Cricket League (HDCL) from 1983-1997. (Several other Windward Islands cohorts also went on to represent the W.I.C. B.)
Born in St. Vincent & the Grenadines, Dr. Edwards participated in the sport at the club and national levels where his teammates included wicketkeeper Mike Findlay, who played 10 Tests for the West Indies. Before emigrating for University studies, Dr. Edwards was an all-rounder on the 1965 Gold Medalist ‘Boys School’ (Saint Vincent & the Grenadines) cricket team and was selected to the All-Star Windward Islands school squad. On arriving in Canada in 1968, Dr. Edwards joined the University of Guelph Cricket team in the Hamilton and District Cricket League (HDCL) as a player and later as an administrator. In 1983, he was drafted to replace the departing Jack Dickens as league president. He was league chairman from 1983-1995 when national duties required that he move on.
Dr. Edwards managed national teams to the Bahamas, Los Angeles and Calgary in the Canada-USA Auty Trophy classic. Among his other team manager assignments was to World Cup qualifying event in Kenya in 1994. He was also a Cricket Canada National senior selector from 1988-1996 and chairman of the senior selection panel from 1992-1996, stepping down on his elevation from Second Vice President (Senior Cricket) to the Presidency, replacing the late captain James Siew.
Other contributions to Canadian cricket by Dr. Edwards include Canada’s representative to the International Cricket Council (ICC) 1996-2003, ICC cricket playing committees (2001-2003 as an Associates Representative, Chairman of Senior Selectors, Ontario Cricket Association Director for 10 plus years, Director and Second Vice President Canadian Cricket Association, Level 3 umpire and member of CCA Coordinating Umpire training program (1993-1996 and President, obtained CCA Women’s Cricket introductory support (2001-2003).