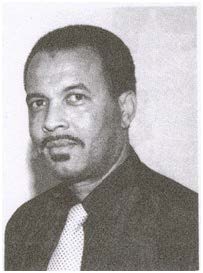 Jack Gray migrated to Hartford, Connecticut in 1966. Upon his arrival Jack quickly became a member of the Sportsmen’s Athletic Club. Jack played cricket for Sportsmen’s from 1966 until 1969.
At the end of the 1969 cricket season Jack and Arnold Black (another member of the Sportsmen’s) got together and toyed with the idea of organizing a cricket club in New Britain, Connecticut. The idea became a reality, when on the first Sunday in November of 1969, nine individuals showed up at Arnold Black’s home for a meeting. As a result of this meeting, New Britain Social Cub was organized. Jack became the first president and the club’s first cricket captain.
Jack has never been referred to as a batsman. However, jack has the ability to score runs consistently. Those who have played against jack know that the number of runs scored is usually equal to the length of his innings calculated in minutes.
When asked about his biggest accomplishment, Jack quickly refers to the year 1973, when for the first time, New Britain Social Club defeated Sportsmen’s Athletic Club for the city championship. Jack was the cricket captain then. His love for people, his respect for others, the discipline he displays on and off the field, have earned Jack the respect of his club members and his opponents.
Jack is married and has three children. Jack is a very modest, soft spoken individual who is, but does not consider himself, a super star.