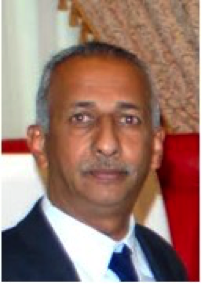 A resident of Queens, New York, Rudy Persaud was born in Guyana and migrated to the United States in 1986. He has been involved in the administration of cricket since 2004, having established Enmore Cricket Club that same year and affiliated with the EACA.

With Enmore’s affiliation to the EACA, Rudy became more involved in the administration of the sport in the New York metropolitan area and the EACA in particular. His passion and dedication to helping the sport grow became even more apparent, when he was asked to manage an EACA Under-19 and subsequently a New York Region Under-19 squad to Florida in the USACA Regional championship that New York won.

Rudy’s passion for the sport saw him spearheading the New York City Mayor’s Cup organizing committee for four years, and working with the City’s Parks Department to successfully execute the five Borough tournaments. The Queens Borough XI with EACA as the lead league won the championship three out of four finals. Rudy also served as the Secretary of the representative Guyana Team in the Ed Ahmad New York Cup tournament for several years. He has also been instrumental in the annual Guyana Inter-County cricket tournament for a number of years, and most recently in 2017.

Under Rudy Persaud’s stewardship, the EACA has enjoyed tremendous success in New York Inter- League tournaments. Many times he spearheaded efforts to help raise funds for players who couldn’t afford to travel to national tournaments held throughout the country.

As Chairman for the New York Cricket Region, Rudy Persaud has enjoyed significant success, and has successfully managed the New York Regional Team in the Annual MAQ Qureshi 20/20 Tournament.