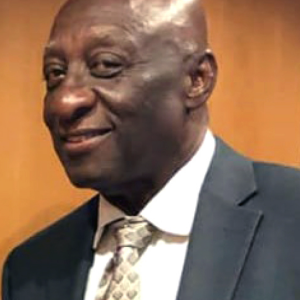 Born in Above Rocks, St Catherine, Jamaica W.I., Leeroy S. Ramsay attended St. Mary's College High School, where he excelled in sports and academics. As a first-year student, he was selected to the cricket and football/soccer teams and represented the school in Headley Cup at cricket and DaCosta Cup at football. In August 1968, he migrated to New York with the aspiration of becoming a dentist. However, that dream was soon washed away, and he switched to accounting, eventually opening his own business with tax preparation as the focus.

Leeroy's cricketing career began in New York with the Virgin Islands Cricket Club in the Bronx. When it was learned he was majoring in accounting, he was elected Treasurer of the club, a position he held until his departure in 1976. During his tenure, the club succeeded in winning six consecutive New York Cricket League (NYCL) championships. In addition, he represented the League and a U.S.A. team to England and Bermuda in 1973 and 1976, respectively.

In 2008, under the leadership of Austin Hutchinson, the New York Masters Association was formed. Leeroy was instrumental in its formation and the participation of Tri-State Masters, one of the original members of the Michael Holding Masters Competition, held annually in Jamaica.

In 2019, the United States Masters Cricket Association (USMCA) Inc. was formed, and Ramsay was part of the steering committee. He is now its Treasurer. The USMCA had its first successful tour of the Dominican Republic, snd the Donovan Bennett Masters Competition was held in Jamaica.

Leeroy Ramsay is the founder and CEO of Lee Ramsay Tax Prep Inc. He is married to Vivine, and the couple has two children, Dave and Taasha, and five grandchildren Collin, Jadzia, Kennon, Vivakha, and Sterling.