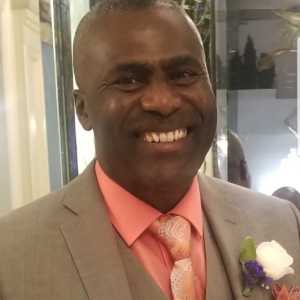 Wesley King was born and raised in the parish of St. George, the island of Barbados. He started his cricket career playing his first game in the Ronald Three Under 15 Cricket Tournament representing Parkinson Memorial High School. He was selected to play for the Barbados Youth Cricket Team based on his dedication and zeal to play. Wesley then went on to play for the Malvern Cricket Club, First Division for Barbados Cricket League Team, Carleton Cricket Team, and the Police Cricket Team.

In 1983, Wesley migrated to the United States and continued to participate in the sport he loved as a child. He joined the Cameron Cricket Club in the Brooklyn, New York League, Malvern Cricket Club in the American Cricket League, Casablanca Cricket Club, and Somerset Cricket Club. His passion for the game was instrumental in him becoming one of the founding members of the Kingsgrove Cricket Club, where he served as the president for four years. King continued to make the sport of cricket a meaningful part of his life over the years. He went on to serve as the Vice-President of the American Cricket League for two years. Presently, he is the president of the American Cricket League, a position he has held for the past 12 years. His long tenure in that position saw him being was selected as the Chairman of Selectors and the Secretary of the New York Cricket Region. Throughout his cricket career, Wesley had the opportunity to travel extensively with the United States of America Cricket Association's (USACA) Youth Cricket Teams as the team's manager. As the manager, he was able to travel to Bermuda with the Under 15 USACA team along with the Under 19 USACA team when they played in Florida and Canada. In addition, he managed the Under 19 team that qualified and participated in the International Cricket Council's (ICC) Under 19 World Cup in New Zealand in 2010. In 2011, he continued his reign as the USACA Under 19 Cricket Team manager at the ICC qualifier games in Ireland. King also managed the Global Cricket Youth Academy when he traveled to Sri Lanka, India, and Guyana. Presently, he is the manager and secretary for the New York Tri-State Under 19 Cricket Academy.

Wesley King has an extensive and enriched career within the cricket profession. He truly is dedicated and committed to the sport. As he approaches the summation of his cricket career, he takes the game seriously and indeed plays a positive and crucial role for the Youth Cricket Organization. He will continue to be an exemplary leader who will strive to manage and advocate for the improvement within the Youth Cricket Organization.