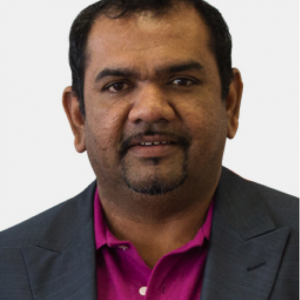 Vinode Mamchan is a well known international cricket journalist and commentator. A native of Trinidad and Tobago he has travelled to Australia, New Zealand, South Africa, England, India, Bangladesh, Sri Lanka, Dubai, Abu Dhabi and Sharjah covering the exploits of West Indies cricket. He has been a leader in cricket journalism in America as well. Coming over to cover the West Indies versus New Zealand T20s at the Central Broward Regional Park, Maq Qureshi of Cricket Council USA (CCUSA) went in search of a top journalist who could have assisted his cricket organization with their media presence. He was introduced to Vinode Mamchan by a member of the Trinidadian diaspora in Sunrise. Since then Mamchan has worked closely with CCUSA and Qureshi is pushing their media agenda and it has been a tremendous success.

He has travelled all over America under the CCUSA banner pushing the sport and has even showed up at local schools in Broward assisting CCUSA in trying to popularize the game. It has been 10 years since Mamchan has been helping America’s cricket and has become a well known person among cricket persons in America.