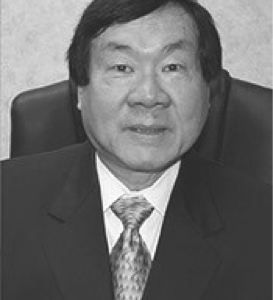 A strong financial contributor and supporter of cricket in the U.S.

Vincent Hosang, O.D., is the Founder and Chief Executive Officer of two rising companies, Royal Caribbean Bakery and Caribbean Food Delights, located in New York. He was born in Springfield, St. James, Jamaica, W.I. to Mr. and Mrs. Henry Hosang, who had emigrated from the early 1900’s. He is the eighth of 10 children, six boys and four girls.

His parents at the time operated a store, similar to a department store today, selling everything from groceries to hardware and raw materials for making clothes. They also operated a bakery.

At the age of about 12 years, his parents sold the business and moved to Montego Bay, Jamaica, where he went to live with an uncle. In Montego Bay, he attended Cornwall College High School for three years and had the ambition to study medicine. However, he had to leave school in the fourth form to work in his family’s business. At age 19, he rejoined his parents who had started a grocery store in Kingston.

In 1968, Hosang migrated to the United States and made his home in the Bronx, New York. While working in the Bronx, he met his wife Jeanette, who is also from Jamaica. They are the proud parents of four children, Damian, Sabrina, Simone and Brian.

Since his arrival in the U.S., Hosang had always wanted to start his own business, but a lack of capital, inexperience and admittedly a bit of cowardice prevented him from doing so. He waited until he had saved some money and built up his courage and in 1 978 he and his wife bought a fast food store in their area. From there it was no turning back as he moved from success to success in his business efforts.

As one who believes in giving back to his community while growing his business, Hosang has stepped up to assist and sponsor a number of charities and sporting events in the area and his native Jamaica. A strong supporter of the game of cricket, he has sponsored matches between the West Indies and a USA Eleven (19896, 1987 and 1988) in New York, fundraisers for Winston Davis, a former Test cricketer who is now confined to a wheel chair, the United States Cricket Promoters Association’s youth competition for the Mayor’s Cup and several events for other cricket leagues, including the New York Cricket League. He also helped to sponsor matches between a Caribbean Eleven against a United States All-Star team at eh Floyd Bennett cricket facility in New York on July 8 and 9, 2006.