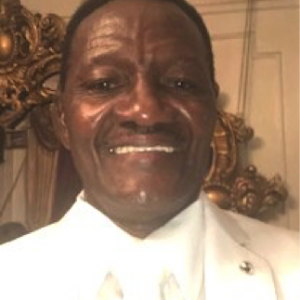 Began his career at age 12 and never looked back

As an athlete, he won a total of 103 International medals representing America and Guyana establishing several records of which one is still standing (the Decathlon which was set in 1980). In track and field, he was coached by Cornel Desmond Roberts. As a young cricketer, Victor was first coached by two uncles Charles Crandon and Johnny Hooper, then by Clyde Walcott and Joe Solomon. His cricketing career started at the tender age of 12 years in 1957 and by 1963 he was one of the top young cricketers in Berbice playing for Ebony Sports Club. In 1968 he was called to Berbice trials and since then has never looked back. In that same year, he enlisted in the Guyana Defense Force (GDF).

Victor played for Cosmos Sports Club in Guyana’s first division competition from 1972 until 1975 with tremendous success. He also played for the GDF in the second division with great performances that helped the team to capture three successive championships.

1981 he became the senior cricket captain for the Army’s team which was promoted to First Division Cricket and served in that capacity for 11 years (1981-1992). During those years Victor led the team to seven consecutive championships, and also three National Limited Overs championships. He was called to national trials from 1980 to 1986. He played for Inter County for Berbice with tremendous success also represented the Guyana Public Service in the Caribbean Cricket Tournament from 1975 to 1979. Guyana won all those tournaments. He was the most valuable player on three occasions. Victor did some coaching at Primary and Secondary Schools in Guyana and also coached and managed Berbice Under 15 and Under 19 players and served as a junior selector and coach for Guyana Cricket Board for a number of years coaching the likes of Carl Hooper, Clayton Lambert, Leslaine Lambert, Sudish Dhaniram, Shiv Chanderpaul and Paul Persaud.

In 1992 he migrated to the USA and became actively involved in cricket until this present time as coach, umpire, trainer and administrator for three decades. He played several pivotal roles to help cricketers get better as well as getting them fit and ready for interna- tional tournaments. Victor also served the West Indies Cricket Board on two occasions as Trainer. He and Faud Bacchus teamed up and won the WI Double-Wicket competition for masters played at Georgetown Cricket ground Bourda in 1992. He played cricket in Brooklyn League and New York League and represents both leagues with success.