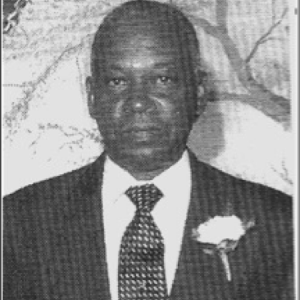 Over the years Tony Becca carved out a career as one of the top sports writers in the Caribbean. Born at Seaforth, St. Thomas, Jamaica, Becca established himself as a writer especially in the sport of cricket and is one of three West Indians who covered more than 150 Test matches, his first in 1974.

Becca, who developed his talent for writing while in school, began his career as Sports Editor at the Jamaica Daily News. He attained the post of Acting Editor and became a Member of the Board at that paper before moving to The Gleaner company Ltd., the island’s leading newspaper, as Senior Sports Editor.

As a young man Becca played the sports of cricket, football, table tennis and hockey. However, because of his love, interest and contribution to cricket, he was recognized with a listing in “World Cricketers” published by Oxford University Press and earned a place on the Wall of Honor at the National Stadium in Jamaica. He is also author of “Touch of Class,” a book on Lawrence Rowe, talented Jamaican batsman.

Throughout his career he received many honors with the Order of Distinction, commander Class (CD) 1994 by the government of Jamaica topping the list. Others include: An award from the Prime Minister of Antigua 1994; Caricom 25th Anniversary Award 1998 (top 25 Caribbean sports personality since the start of Caricom in 1973); 1973); West Indies Cricket Board Award for contribution to West Indies cricket; Caribbean Publishers and Broadcasters Association’s Sports Writer of the Year Awards; Press Association of Jamaica Sports Writer of the Year Awards; Carreras Sports