Earned medal as Most Outstanding cricketer

Terrence B. Hastoo was born on January 27, 1957, in Georgetown, Guyana. He is the youngest of seven siblings and attended and rep- resented Central High School at the Under-16 and Under-19 cricket levels. More familiarly known as Terry, his early prowess as a talented cricketer earned him a medal for Most Outstanding Cricketer in 1974 while at Central High School.

In 1975, 76 and 77, he played for the prestigious Georgetown Cricket Club (GCC) and was named Most Improved Cricketer in 1976. That same year, while at GCC, Terry was selected to play for Guyana in the Benson and Hedges Under-19 tournament held in the Caribbean. Guyana with Terry as part of the National squad would go on to win the 1976 Benson and Hedges championship trophy.

Terry migrated to the USA in December 1977, where his cricket sojourn began with Guyana Cricket and Social Club in New York. The club won several championships, and in the Champion versus the Rest of the League game in 1978 he bagged nine wickets and ran out the number 10 batsman. It is one of the highlights of his cricketing journey in New York. He would later move on to play for American Cricket Society (ACS) from 1985 to the present. While playing for ACS, Terry was fortunate to play alongside an elite list of accomplished and successful talented cricketers, which enabled him to be a part of the most successful cricket club over the last 33 years. ACS won more than 60 championships and as recent as 2018, won yet another championship in the Eastern American Cricket Association league, under his captaincy.

During Terry’s cricketing career, he has traveled to Guyana, Bermuda, Bahamas, Trinidad & Tobago, Jamaica, Canada, England, California, Florida, and Oklahoma to play competitive matches. Along the way he has made numerous lifetime friendships while having a very successful professional career outside of cricket. He exemplifies the true meaning of playing the sport in the spirit it was meant to be played while remaining competitive. To say that Terry is having the time of his life, playing the sport he loves, would be an understatement. Such love of a sport stems from the satisfaction he derives from being a team player and having fun whilst playing the sport of cricket.

Terry has been playing competitive cricket for almost 48 years and is along an incredible journey. No doubt, he has met a lot of players who have had a major impact on his cricketing career, and that extends to life itself outside of cricket. Terry often mentions the late

Stephen Camacho, former Guyana and West Indies Test opening batsman, who was his first coach at the senior cricket club level. Camacho was the first person to recognize Terry as having the potential for an illustrious cricketing career. Perhaps, life may have taken Terry down an international cricket path, had he not migrated to the USA, but chosen to remain in the cradle of West Indies cricket.

Terry credits many other Guyanese cricketing stalwarts such as Faoud Bacchus, Timur Mohamed, Joe Solomon, Lawrence Persaud, Paul Singh, and Zamin Amin as having played a major role in his formative and continuing cricketing years. However, along with those named individuals, he identifies teammate, 2018 Cricket Hall of Famer, Trevor Walke, as also having taught him some very valuable life lessons, such as in playing cricket: we are just messengers of the game; the game must continue; the best way to enhance this great game of cricket is to give back as much as you can for future generations.

Terry’s accomplishments on the cricket field mirrors that of a cricket administrator off the field. He has contributed immensely to the growth and development of the sport in the New York metropolitan area, not only in helping American Cricket Society win so many champion- ships but in assisting younger players in all walks of their lives. He has done a tremendous job and is deserving of being in the Cricket Hall of Fame, and alongside those who have made similar contributions. 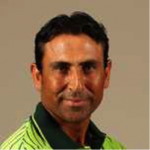