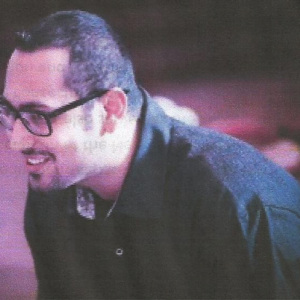 Cricket Promoter & Adviser at Cricket Council USA, Syed Balkhi is an award winning entre- preneur with a die-hard passion for cricket. Born in Karachi, Pakistan, Syed was exposed to cricket from the very early days. He participated in his school cricket teams since age six and played in several local tournaments.

At age 12, Syed’s family migrated to United States. His passion for cricket led him to join the South Florida Cricket League where he played as a right arm fast bowler throughout high school. At the end of high school, Syed gave up playing cricket and went on to pursue his career at University of Florida where he started one of his many software companies. Today his software is used on over 2 million websites serving billions of impressions monthly. His media websites are viewed by 500 million people every year. Syed consulted with Fortune 500 companies, won dozens of marketing awards and was recognized as one of the top 100 entrepreneurs under the age of 30 by the United Nations.

During this time, his love for cricket didn’t fade away. In 2008, Syed became a marketing advisor and board member for Cricket Council USA and helped craft the vision for the US Open T20 Tournament. With Syed’s vision, guidance and financial support over the last nine years, the US Open T20 tournament by CCUSA has become a well-recognized cricket event worldwide.

Over the years, US Open has featured many international cricket players including Javed Miandad, Muhammad Azharuddin, Richard Richardson, Shoaib Akhter, Shoail Tanvir, Saeed Ajmal, and numerous others. Syed through his companies was the title sponsor of the 7th and 8th US Open Tournament where he sponsored the grand prize for the winning team. With Syed’s help and marketing connections, US Open 2016 tournament was broadcasted live through WatchESPN and was viewed by millions worldwide.

Syed’s marketing vision is to make Cricket mainstream in America, so it’s considered an American sport rather than a foreign sport. He’s working with Cricket Council USA to create a premier cricket league in the United States with the goal of having regional teams and a similar format as to NFL, NBA, or MLS. Syed continues to use his marketing expertise and business connection to help further expands Cricket in the United States both at the mainstream media level as well as locally.