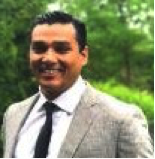 His journey in US cricket started in Chicago in 1995

Shiraz Najam is honored for the consideration for the induction in the Hall of Fame. His Journey with cricket in the USA started as soon as he arrived in Chicago in the cold winter of 1995. On his arrival he helped created a cricket club in Midwest Cricket Conference - MwCC of Chicago in the year 1996. The Club won the very coveted MwCC championship the very first year of its existence with additional championships in 1998, 2000 and 2010. Cricket gave Shiraz all that he needed to settle in a new place. An activity to keep fit, an opportunity to meet new and great people, the experi- ence of running a club, and a cause to contribute to for the betterment of the community. But above all, it has given him some great friends, and respect in the cricketing community. In more than 22 years of being affiliated with the sport in the USA, Shiraz has had the honor of serving the sport in many a capacity, see below:

WHAT CRICKET MEANS TO SHIRAZ?

“Cricket is not only a sport to me; it is the meaning of my life. My dream is to be always remembered as a man who dedicated a life full of support for this great sport. From my child- hood – the sport had gripped me entirely and I have enjoyed it thoroughly. “I have also contributed to the best of my ability to help develop a home for cricket in Hanover Park – Illinois – being one of the first evangelists in the idea and conception of what will be home to several international fixtures in the future,” he said.