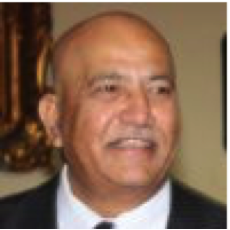 Shah enjoys a long and active life in sports, serving in various roles such as an athlete, referee, umpire and administrator. He is still actively plying Senior Cricket after retirement and is actively involved in Cricket Administration both in Canada and United States of America.

In addition, developed organizational policies & processes which enabled the building of a very successful operational team to deliver highest quality cricket development and coaching programs. In 2017 Cricket Canada appointed Shah as a Program Manager for Canada U19 Team participating in the Americas U19 Championship to secure a berth to play in the ICC U19 World Cup in January 2018. Shah played a substantial role in the development of a very structured and comprehensive training program for the Canadian U19 team, which was largely responsible for the very successfully and winning performances & accountability of Canada U19 Team as the champions the ICC Americas Qualifier to secure their [lace in the 2018 U19 World Cup.

Shah joined the Cricket Council USA in 2014 and played a key role in its vision of the promotion and growth of Cricket in America. Since joining CCUSA he has made a substantial contribution in the organization’s cricket development and promotion programs, by developing a Cricket Development Framework for Youth Cricket, Cricket Tournaments, as well as a ‘Structured and Professional’ league concept document that outlines the various pathways and building blocks that are required for a successful league to be in operation and providing Cricket at all levels within the diverse states of America.

As a Tournament Manager, he developed the operational framework for the International Cricket T20 competition, currently known as – the 100K US T20 OPEN Tournament & The National Championship, that addresses the operational logistics of such a sizable competition with respect to the playing condition, code of conduct polices, grievance policies, scheduling etc. as well overseeing the umpiring assignments and match management, games scoring, team & player statistics etc.