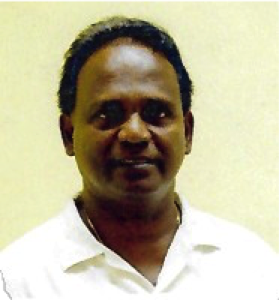 Holds the best record as captain of the USA Team

Sewdatt Shivnarain known as Shiv was born on May 13, 1952, Albion, county of Berbice, British Guiana. A slow left-arm orthodox bowler and a right-hand middle order batsman;

Shiv represented the East Berbice-Corentyne region in the under 13, under 16 and the under 19 regional tournaments and eventually the county of Berbice in the Guyana inter-county tournament. Shiv made his first-class debut for Guyana in the West Indies regional Shell Shield tournament in 1971 and played until 1981. In all Shiv played 49 first class matches amassing 2182 runs at an average 32.56 with three centuries and 14 fifties and taken 67 wickets. He also played in 13 List A matches for Guyana from 1976 and 1981.

His persistence and good performances eventually earned him a call up to the West Indies team in 1978 against Australia at home in Guyana and immediately made an impact. West Indies were batting 84 for 5 when Shiv walked to the wicket and built several mini partner- ships with D. A. Murray, V. A. Holder and D. R. Parry to see West Indies to 205 all out. He was eventually out for 53. Shiv was again on the team to tour India in 1979 where he would have played his last test in Kanpur. He went on to play eight test matches for the West Indies scoring 379 runs at an average of 29.15 with four fifties and a high score of 63. He also played one solitary ODI.

In the mid 70’s to 1980 Shiv would have traveled back and forth from Guyana, England and the U.S. to ply his trade as a cricketer. Shiv would have also played League cricket in England. Shiv then moved to the U.S. and settled in New York where he continued his cricket playing for Vikings Cricket Club in the Brooklyn Cricket League and the Eastern American Cricket League. His ability and reputation in New York cricket not only earned him a place on the U.S. team in 1986 but he was made captain for the ICC Trophy in England.

Again in 1990, he captained the U.S. team to the ICC Unibind Trophy in the Netherlands. As captain of the U.S. team Shiv won 11 matches, lost two and one no result in 14 games. Until today Shiv has the best record as captain of the U.S. team in terms of win/loss percentage. Locally in New York Shiv was very successful as captain of the Inter Country, Inter County, Vikings Cricket Club and several other teams in the local tournaments. Shiv also held several administrative positions in the Eastern American Cricket Association. He was also the coach of the US Team and coached and managed several local and regional teams from the New York Region. Shiv is an honorary member of the Eastern American Cricket League.