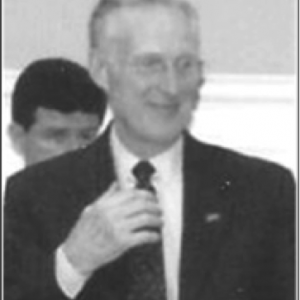 Councilman Robert Painter brings his strong civic commitment to his position as Hartford City Councilman. He is currently the Chairperson of the Health, Human Services and Recreation Committee, and a member of both the Legislative and Intergovernmental Relations Committee, and the Public Works and Parks Committee.

His stellar career in the medical field demonstrates his leadership skill, ability to grasp complex technical subject matter, and his experience in performing well under pressure. He is the former Chairman and Director of Surgery at Saint Francis Hospital and Medical Center.

He also served as Director of Surgical Residency, and Director of General Surgery at Mount Sinai Hospital. Additionally, he spent 23 years in the practice of surgery, 32 years teaching surgery at UCONN Health Center, 19 years as Associate Professor in UCONN’s Department of Surgery, and 3 years as an instructor of anatomy.

Councilman Painter is a member of the New England Surgical Society, Connecticut Society of American Board Surgeons, and the American College of Surgeons. Additionally, he is board certified in General and Thoracic Surgery. Councilman Painter lives in Hartford with his family, including his youngest daughter who graduate from Hartford Public High School in 1998.