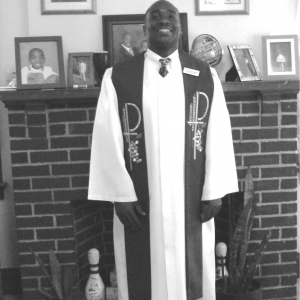 In 1998, with the permission of the MCCA, he began to serve the New York Annual Conference of the United Methodist Church (NYAC). His membership was transferred to the NYAC in June 2001. Along with his pastoral duties at North United Methodist, he is also a member of the Greater Hartford Interfaith Coalition For Equity and Justice.

Rev. Hamilton received his BA degree from the University of the West Indies and a Diploma in Ministerial Studies from the United Theological College of the West Indies both located in Kingston, Jamaica. He did his Master of Divinity at Drew University in Madison, New Jersey, and began doing doctoral work at the Andover Newton Theological School in Massachusetts in 2003. He graduated with the Doctor of Ministry degree in 2008.

The father of two children, the first Joel was born in Trinidad and his sister Josianne in New York, Rev. Hamilton said that the family is glad to be a part of the ministry in the Hartford area as he begins his ninth year of ministry as the pastor of the Albany Avenue church.