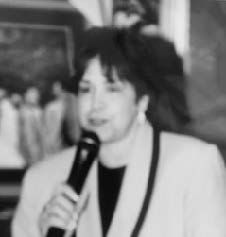 The Cricket Hall of Fame is honored to recognize Mrs. Phyllis Wilson, who recently retired from Air Jamaica after 29 years of service, for the assistance that she has rendered to the Caribbean community. A person with a quiet, friendly, yet firm disposition, Pyhllis, who inherited an unstinting commitment to community service from her parents, is often seen at most of the functions in the region, representing Air Jamaica and helping in every way possible.
Mrs. Wilson, who grew up in Kingston, Jamaica, won a scholarship at the age of 11 to Queens High School, where upon graduation she began a career in banking at Barclays Bank. She migrated to the United States in 1966, where she worked for the Jamaican Mission at the United States returning to Jamaica after two years to get married. Returning to the U.S. in 1970, she resumed working with the Jamaican Mission at the UN.
In her position as Manager of Community Affairs and Special Marketing at Air Jamaica, it did not matter to her whether it was person trying to get a discount fare, just seeking a special seating, or an organization seeking sponsorship. She would rise to the occasion, doing whatever it took to make sure that everything would end smoothly.
Mrs. Wilson’s journey with Air Jamaica began in 1975 when she joined the company as a Sales Secretary. She then held various positions before assuming the post as Manager of Community Development. Phyllis’ job became extensive as Air Jamaica began to spread its wings and as a result, she was instrumental in developing the Pulpit Exchange Program, which encouraged a cross-fertilization of congregations in the New York metropolitan area and the Caribbean. She fostered relationships and extended Air Jamaica’s good will to community and business organizations throughout the northeastern region. Mrs. Wilson’s community beat included New York, New Jersey, Connecticut, Boston, Chicago, Pennsylvania and Maryland. Over the years, she established enduring friendships that will last after her retirement.
Mrs. Wilson has served on the Jamaica Independence Ball Planning Committee established by Consul General of New York, Dr. Basil Bryan and is a member of the Research Committee of Jamaica. She has received the Jamaican Consul General’s “Point of Light” Award inscribed with the words “You are God’s Light Shining in the Darkness.” She has been honored by numerous organizations including the Union of Jamaican Alumni Association, New York, Inc., Real Caribe Soccer Club, Mico Past Students’ Association, Kingston College Old Boys Association and the St. Andrews Old Girls Association.
Phyllis is married to Dr. Basil Wilson, the Provost and Senior Vice President of academic Affairs at John Jay College of Criminal Justice. They are parents of three children, Natasha, Makonnen and Mabricio and grandparents of Mateo, Antonio, Mekhi and Ramiro.