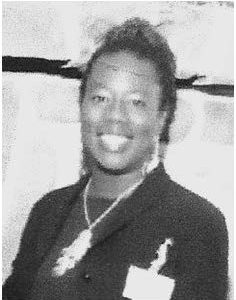 Ms. Petula Angela Samuels-Felicien better known in the U.S cricket community as Petal Samuels, is a competent cricketer, certified West Indies Cricket Umpire, and a certified Level 1 Cricket Australia coach. Her love for sports goes back to her early childhood in Guyana, where she was an active athlete throughout her student life.
Ms. Samuels is the founder and president of Georgia Women’s Cricket Association (GWCA) and Atlanta Pearls Women’s Cricket team. GWCA focuses on developing cricketers to their fullest potential while providing a platform to showcase their talents and skills. It is about using cricket to transcend racial, economic, and social barriers, in the hope of creating a seismic shift in the sport in the USA.
Currently, Ms. Samuels organizes cricket development camps, coaching clinics, and tournaments. The Atlanta Women’s Annual T20 Cricket Tournament is her latest effort in this regard. A tournament is a not-for-profit event with the goal of spurring the development of women’s cricket in Georgia, as well as the Southeast Region of the United States.
In 2010, after participating in a tournament in Florida, Ms. Samuels asked when and where the next tournament would take place. None of her teammates could give her a definitive answer, so she decided to organize a tournament the following year in Atlanta. To date teams from New Jersey, New York, Cayman Islands, Canada, and Atlanta have showcased the talents during the annual Memorial Day weekend in Atlanta. The tournament has been successfully staged by GWCA for the past six years.
In 2013, GWCA was honored to have Ms. Stafanie Taylor, world-renowned female cricketer, and the West Indies Cricket Board’s Women’s Cricket Ambassador, participate in the tournament. In 2014, Ms. Stephanie Power, a former West Indies Test and ODI cricketer, captain, the wicketkeeper, and the assistant coach of the West Indies women’s team participated in the tournament as a coach and consultant. Zimbabwean national cricketer Ms. Tasmeen Granger has also participated in the last two tournaments. In addition, Ms. Haley Matthews and Ms. Shaquana Quintyne, both of whom play for the West Indies and Barbados’ national team, participated as Ambassadors under the auspices of the Barbados Cricket Association.
Ms. Samuels has served as manager for a male cricket team in Georgia, which was not only groundbreaking, but a tribute to and recognition of her exceptional knowledge of the game, and her human relations and organizational skills. She has been instrumental in partnering with Forest Park High School in Georgia for the past four years, conducting coaching sessions for the students. To date, in excess of 800 students have been introduced to the sport. Every Thursday the students can be heard in and around the school demonstrating their exuberance, as they actively participate in the training sessions. Ms. Samuels has also introduced cricket at the Warren T. Jackson Elementary School during their Wellness Week program, for the past two years.
In 2015 Ms. Samuels was inducted into the Cricket Hall of Fame in Hartford, CT., and on March 16, 2016 she was honored by the Georgia House of Representatives for her work in promoting youth and women’s cricket, and presented with a Resolution of Dedication by Georgia State Representative Valencia Stovall, at a ceremony held at the Georgia State Capitol. Earlier that month Mayor David Lockhart of the City of Forest Park, declared March 8, 2016, as “Petula Samuels Day.” Ms. Samuels was presented with a proclamation by Mayor Lockhart.
Ms. Samuels is the proud mother of Tesalon, Simeon, and Shariel, all of who actively support her in all her endeavors. Ms. Samuels expresses her heartfelt gratitude to all who have extended a helping hand to propel her vision. She acknowledges that she has gotten this far by walking in the footsteps of and climbing the ladder erected by others who preceded her.