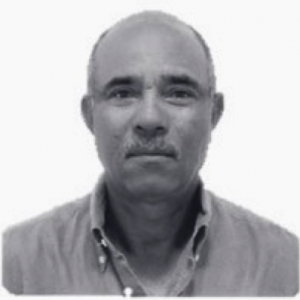 Never participated in a losing series

Born on May 28, 1956, Jeffrey Dujon is the third of four children born to a father who led by example and a mother who eventually took over after his death when Jeffrey was age 10 and provided the encouragement for him to strive to be the best in his chosen field. He was introduced to cricket by his father, Leroy Vitalis, who was himself an opening batsman for Kingston Cricket Club and good enough to gain selection for Jamaica's National Team. His brother, Deane, also opened the batting for Kingston Club.

His education, sporting and academic, was received at a school with a long and celebrated cricketing tradition - Wolmer’s Boys’ School in Jamaica, and his cricketing abilities were honed under the guidance of his Welsh Sportsmaster, Ron Jones, who inculcated the principles of discipline and dedication required to perform well at the

Jeffrey entered Wolmers in 1968, and his cricketing career started at age 12 when he scored two centuries playing Under 15 Colts cricket. He went on to make 16 centuries in The Sunlight Cup Competition for secondary schools, scoring the most runs in a season, having the best batting average numerous times, and the most dismissals as a wicketkeeper. He toured England with the West Indies Under -19 Team in 1974, and left Wolmers in 1975 having scored his maiden first-class century while still a schoolboy.

He was an outstanding batsman for Jamaica, scoring several centuries, but such was the might of the West Indian batting at the time that his opportunity would not come until age 26. Dujon's test career spanned 11 years during which he played 81 tests and 169 One Day Internationals. He made his test debut as a batsman on the 81-82 tour of Australia at the famous Melbourne Cricket Ground. A very good batsman against fast bowling, his best test score was a brilliant 139 against Australia in Perth in 1984. He was known for his elegant stroke-play and had a good batting record despite rarely coming in above No.7. In 115 test innings he scored 3,222 runs, including five centuries, at an average of 31.94.

Very few players in Test Cricketing history have managed to combine batting and wicket keeping as consistently and successfully as Dujon has. Agile and acrobatic in his movements, and possessed of a great pair of hands, he was riveting to watch as he handled the pace of the great fast bowlers of his time. Men such as Holding, Roberts, Marshall, Garner, Ambrose and Walsh benefitted greatly from his ability to do the spectacular. He remains in the top five on the all-time world list, and No.1 in the history of West Indies Cricket in dismissals with 267 catches and five stumpings. Jeffrey Dujon is the only West Indian cricketer to have played for a decade and never have lost a test series.

His other accomplishments include: Jamaican Sportsman of the Year – 1988; One of the five Wisden Cricketers of The Year – 1989; Commander of The Order Of Distinction - Jamaica 1991; and West Indian Jubilee Legend 2004. Since retiring from international cricket, Dujon has worked in cricket development with the WICB, been the Assistant Coach of the West Indies Team, and for the past 10 years has worked as a freelance television commentator and analyst.