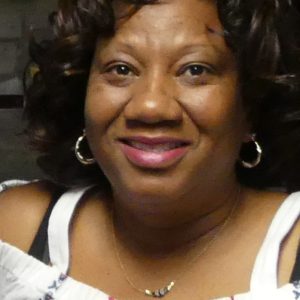 One of the strongest contributors to the Cricket Hall of Fame, Pauline who became associated with the institution in 2002, said that she has enjoyed working with the group and will continue to push forward for its success.

A graduate of the University of Hartford, Pauline who is originally from Jamaica, and who came to Hartford by way of New York, works for Dr. John Salivs of Enfield as a Certified Dental Assistant.

A resident of Bloomfield, Connecticut, and a member of the St. Stephen’s Episcopal Church located in the same town, Pauline said that when she became a member of the Cricket Hall of Fame, it did not take long for her to realize that she was not just joining a club or an organization, but that she had began an association with a group of people who were like a family. “I enjoyed the friendly discussions which are intertwined into the more serious topics when we meet,” she said. The dedicated group meets each Wednesday throughout the entire year to plan for their annual induction of former cricket stars and individuals who have made outstanding contributions to the sport.

“As a member of the institution, I have had many wonderful experiences,” she said. “One of the most memorable was when I went to Jamaica with an Hall of Fame team to attend the opening of the Cricket World Cup games in Jamaica (March 2007). While there I had the privilege of meeting former West Indies star bowler Michael Holding and present player Darren Powell.”

A hard worker and very dependable member of the institution, Pauline contributes to all its fund-raising efforts by organizing bus trips, raffles and co-chairs exciting fashion shows.