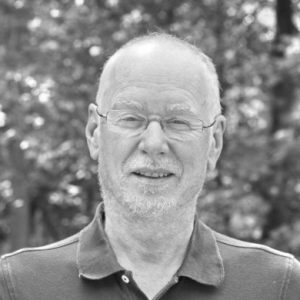 Paul Hensley, the president of the CC Morris Cricket Library, an American, was introduced to the sport of cricket at Haverford College where he played all four years as an undergraduate. In his senior year, he was captain and was primarily known for his bowling – medium pace with a swing.
After college, he played intermittently and a few years later when he moved to New Hampshire, rarely. In 1986, he moved back to the Philadelphia area and soon joined the Executive Committee of the library. About 10 years later, he became the Library President. Paul has provided leadership for the library to expand its role to support all aspects and forms of American cricket.
Since he became president, the Philadelphia International Cricket Festival merged into the library. The festival continues to grow and has become one of the premier cricket events in the United States. During this time, the Library helped to support the Philadelphia Cricket Club to reestablish their playing of cricket.
The collection of the Cricket Library has gained international stature since the Swinging Away Exhibit was on display in 2010 at Lords and 2011 at the National Baseball Hall of Fame. The exhibit traced back the roots of baseball and cricket. Many of the great cricketers of the 1880 to 1910 period, like Bart King, started in baseball and converted to cricket.
Further expanding the Library’s role, it was the founding sponsor of the United States Youth Cricket Association (USYCA), providing critical early financial support of the program. Many of the library’s members joined and continue to be active in the USYCA programs that bring cricket into grade schools across the US. Well over 100,000 American children play cricket in public schools because of the USYCA’s program.
In 2013, the library merged the Greater Philadelphia Cricket League in the organization. And earlier this summer, the library announced it would establish a second cricket festival. The first American Youth Cricket Festival will be held on Labor Day Weekend 2015.