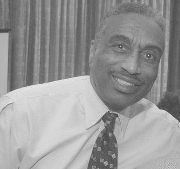 Mr. Copes is currently Superintendent of Schools of Bloomfield Public School System, after having served in various capacities as an educator and director of social services programs in Hartford and Bloomfield.
Employed as Assistant superintendent of a 25,000 pupil school system (Hartford, CT), his duties included the supervision of twenty elementary schools and four programs, staff development, activities, budget, development and monitoring, community relations, proposal writing, curriculum planning and date analysis.
From July, 2976 to August, 1984, he served as Vice Principal, Executive Vice Principal and Principal of Weaver High School in Hartford and performed effectively in all positions.
From August, 1973 to December, 1975, he served as Deputy Director of the Community Life Association, a program funded by HEW to test innovative managerial practices which impacted upon the organizing, financing and delivery of social service. His duties included supervision of staff, budget monitoring and proposal writing.
For a brief period of time, Mr. Copes was Vice Principal of Annie Fisher Elementary School in Hartford and Director of Bloomfield’s Title IV Desegregation Program. In this capacity his duties included resolving those problems which were related to the desegregation of Bloomfield’s schools.
Mr. Copes served as a teacher and team leader in Hartford from 1968 to 1971. He has been in-volved as a consultant in several communities and has received awards for achievement and excellence in community leadership from his school, his church and various community organizations to which he has contributed his time, efforts and expertise.