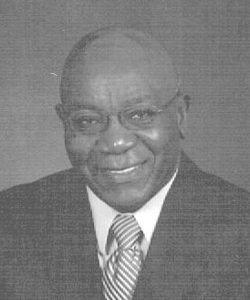 Barbadian Orville Hall began playing the game of cricket at an early age in his native island and developed into becoming a respected wicketkeeper/batsman, before migrating to the U.S. where he has established himself as a top administrator of the game.
On his arrival in the U.S. in 1972, Hall promptly joined New Rochelle Cricket Club in New York and was instrumental in helping the club to win the American Cricket League’s championship trophy in 1973, when they defeated strong rivals The Sportsmen's Athletic Club of Hartford, Connecticut. Hall, who scored 36 not out, was named “Man of the Match.” This was the beginning of his cricketing career in the U.S. Later he went on to become president of the club (New Rochelle) then moved on to become secretary and subsequent president of the American Cricket League. Hall who was also at the helm as president of Casablanca Cricket Club and Somerset Sports Club, both located in Brooklyn, was the manager, public relations director, and chairman of the Barbados team that participated in the Red Stripe Cup, which was at one time the top competition in New York, that had teams representing Jamaica, Trinidad & Tobago, Guyana, Windward, and the Leeward Islands competing.
Because of his eloquent demeanor, over the years, he was called upon to act as master of ceremonies at various cricket functions. His rising star was noticed by the United States of America Cricket Association (USACA), and as a result president, Gladstone Dainty appointed him Public Relations Manager of the association. Two years later he was promoted as manager of the U.S. senior cricket team. During this time, the United States Youth Cricket Association was in the process of being formed. Being at the forefront, Hall was instrumental in helping to draft its constitution and when the first elections were called, he was elected as the first Public Relations Director, a position which he still holds.
Along the way, Hall still found time to host his own radio sports program “On the Ball,” which was heard on WKDM radio 1380 in New York. He also reported on overseas cricket tournaments for WLIB and had an extended stint as a senior sports reporter for WNWK 105.9 FM. Hall’s latest venture on the airwaves was with One Caribbean Radio in New York, where he read sports news for Don Bobb, Jeff Barnes, and Bob Fredericks.
Hall is the recipient of several citations and awards for his sterling commitment to covering sports in the Tri-State area. Currently residing in Florida, Hall who is employed as a Senior Budget Analyst for a major corporation in Danbury, Connecticut, is assisting some of the young cricketers in the U.S. with contract negotiations.