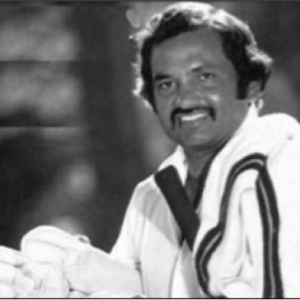 One of Pakistan’s famous five, former Pakistani captain Mushtaq Mohammad was not the most talented of the five Mohammad brothers who emigrated from Western India to Karachi, but he scored the most first-class hundreds, more even than Hanif, thanks partly to the greater opportunities he had in county cricket with Northamtonshire. He was also one of the first reverse-sweepers (a stroke he learned from Hanif), and one of the first bat-twirlers at the crease.

Mushtaq, 62, played 57 Tests and scored 343 runs at an average of 39. He was also a handy legspin bowler, and took 79 wickets at 29. As a bowler of the legbreak, googly and flipper, he took more first-class wickets than any of his brothers. Mushtaq also held the record of being the youngest centurion in T est cricket before Mohammad Ashraful broke it.

In an international career that spanned three decades, 40 years later, Mushtaq was still at the sharp end of Pakistan cricket, as coach of the side that reached the final of the 1999 World Cup. Named Wisden Cricketer of the Year in 1963, Northants were impressed enough to pay him to spend two years in qualifying for them, before instant registration began in 1968.

In his book, “Mushtaq Mohammad - Inside

Out,” he hit back at former Australian captain Allan Border’s claims that he asked him to fix an Ashes Test in 1993, before laying into his own underperforming World Cup team for their suspicious defeat against Bangladesh in May 1999.

“They were just such talented players,” he wrote, “and I couldn’t comprehend that these boys could get out in the way they did.”

Mushtaq is regarded as Pakistan’s best captain ever. There are gems to be found in every chapter of the book - the confusion he felt as a Test cricketer on the one hand and on the other, the day he was heckled to pieces by a Jamaican known only as “Big Bad John”, and some first-rate blusters delivered by the late Fred Trueman at Trent Bridge in 1962.

There is an appealing absence of self- justification in the manner that Mushtaq compiles his memoirs, even when describing the chain of events that led to the abrupt end of his career ahead of the 1979 World Cup. Mushtaq comes across as a man content with the mark he made on the game, and as a result his recollections are a pleasure to share.

Mushtaq now lives in Birmingham, where he settled down after retirement.