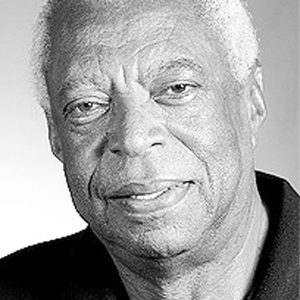 Hartford’s Cricket Hall of Fame was recently graced with the presence of Former West Indian cricket star, Lance Gibbs. The former world-class spin bowler, Gibbs, was in Hartford during the Independence holiday weekend, as a guest of the United States Cricket Association at their Eastern Regional Tournament. The tournament was billed as a trial game that will lead up to the selection of the U.S. team that will compete for a place in the 2007 cricket World Cup. The World Cup competition is scheduled to take place in the Caribbean and the U.S. is reportedly bidding to host some of the games.
Gibbs, a past inductee in the Hall of Fame, expressed his pleasure with the efforts that the institution is making to help preserve the history of the game and honor not only former stars of the game but individuals who have made outstanding contributions to the sport. While at the Hall of Fame, he took the opportunity to autograph a huge photograph of himself, in his bowling action, that is on display.
Fans attending the tournament, the first of its kind to be held in these parts, and which was hosted by the New England Cricket Region, were treated to three days of exciting cricket in which the final game between New York and Florida, decided the outcome of the tourney. The two teams ended up with the same amount of victories, but Florida who won over New York, was declared the winner. The other teams participating represented the Atlantic and the New England regions.
At the presentation which followed, Gibbs said that he was impressed with the facilities here and the standard of play exhibited by the participants in the tournament. However, he urged the USACA officials to make sure that they select the best players to represent the U.S., when it comes time to pick the team.
Gibbs, who now lives in Florida, informed the gathering that a cricket complex is being built in Fort Lauderdale, which could be ready in time for the World Cup. This should do well for the game in the U.S., he said, but warned, however, that for the game to get going in the U.S., the team will have to start winning at the international level.
“There are a lot of talented players here,” he said “but the game will have to be played on a more consistent basis for it to become a permanent fixture. Soccer took some time to gain recognition but with the number of people from the Commonwealth now living here, the potential is here that the game could become a prominent sport in the U.S.,” he stated.