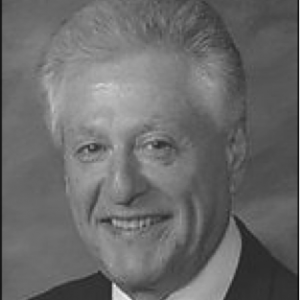 Honored for his contributions to the Greater Hartford community

Schulman served in the United States Air Force from 1963-1966. Upon discharge, he became the fourth attorney hired for the new Neighborhood Legal Services, Inc., a program funded by the War on Poverty to provide legal services to those who could not afford a lawyer. In 1969, he became its first full time executive director, serving until 1974. That year, Syd formed his own law office practice, emphasizing civil rights, community organizations and non- profit formation, and general practice.

Syd has been a member of the Bloomfield Town Council since November, 1991, with “two years off for good behavior” in between. He was elected to the office of Deputy Mayor in 1992, was unanimously chosen to lead the Council as Mayor in 2003, 2005 and 2007. He has also served Bloomfield as its representative to the

Greater Hartford Transit District from 1978 through June, 2006. He was the first Chair of the Bloomfield Ethics Commission in its formation.

Syd is a past president of the Bloomfield Lions Club and served in 1998-1999 as District Governor of Harford and Litchfield Counties. In 1999-2000, he served as Council Chairman of Multiple District 23 - State of Connecticut. He also served from 2005-2007 as President of the Connecticut Lions Eye Research Foundation, a state- wide foundation funding eye research and programs such as eye-screenings, glasses for Special Olympians, and eye donor registry.

His other interests include teaching karate, the study of martial arts, listening to jazz music, and world travel. He is also very active in the West Indian community in Greater Hartford and is a strong supporter of the Cricket Hall of Fame.

Syd is a member and congregant of Beth Hillel Synagogue. He and his wife Elba Cruz Schulman, have been married for nearly 30 years, and have seven children and nine grandchildren.