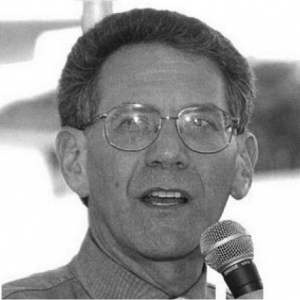 It is well known by now that the state of Florida is making a big push to bring the sport of cricket in the United States up to the levels of other cricketing nations. One of the persons behind it, is Richard Kaplan, Mayor of the City of Lauderhill, Florida, where plans are well ahead for the building of a stadium to host the sport.

Recently the Rev. Ouida McDonald, a resident of the city, a strong community activist, cricket lover and representative of the Cricket Hall of Fame in Florida, recently took time out to hold an interview with the mayor. Excerpts from the interview follow:

Mayor Kaplan, it is a pleasure to be here in your office, talking about “cricket.”

Yes, I am very much a fan of the game and a player too.

When did you start your interest in cricket?

Oh, it’s kind of an interesting story, because what happened was, it must be now about three years ago, we went to Trinidad to look into the possibility of a sister city and business relationships with places down there, Chaguanas,. While there, we were introduced to cricket. Because many of the people in our area wanted the City of Lauderhill to become involved in cricket, we traveled down to Trinidad and learned about it. If you are going to do something, you have to learn what it’s all about. We also learned about eh World Cup and started involving ourselves with the possibility of having some World Cup games played here. Since I am somewhat of a sport person, one of the things I thought is that it would be a good idea that I actually became involved in the sport. I then went out and started playing it, and I enjoyed the game. It is one of Florida’s sports that I participate in.

Well, I am so happy to know that you are involved in cricket, and I understand Lauderhill does have some very big plans of building a cricket stadium.