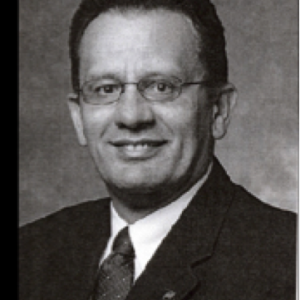 Eddie Alberto Perez is now serving his third term as Mayor of Hartford. Because of his passion for education and providing opportunities to Hartford's young people, Mayor Perez also serves as a member of the Board of Education. He firmly believes that an educated workforce leads to stronger neighborhood economic development and jobs and will make Hartford even more competitive in today's global economy. His vision and insight does not go unnoticed. Mayor Perez is recognized as a national leader and is one of the "Top 100 Most Influential Hispanic Leaders" according to Hispanic Business Magazine.

Mayor Perez lives the American Dream everyday and wants to make that dream a reality for all residents of the Capital City. Mr. Perez has not only made history by being the City’s first Latino Mayor, but the first Latino Mayor of a capital city, and Hartford’s first strong mayor in more than 50 years. By changing the City Charter in 2002, he is now the CEO of Hartford. By reducing crime to historic lows, raising the expectations of public school education, increasing homeownership, and creating more neighborhood economic development, Mayor Perez wants to improve the quality of life for the residents of the city that was called the “House of Hope” by its Dutch founders.

Born in Corozal, Puerto Rico, Perez arrived in Hartford in 1969 at the age of 12 with his family (Mama Felicita, brothers William, Orlando, Wilfredo, Moises, Nelson, Ruben, Noel, and his sister Jeanette). He graduated from Hartford Public High School and later earned an Associate’s Degree from Capital Community Technical College. Along the way, his affiliations included the youth group at Sacred Heart Church. Father Tom Goekler and “Big Brother” David Lowery became father figures to the future Mayor, instilling in him the passion for community service and the commitment to change any social or economic injustice confronting people.

After spending many successful years as a community organizer, Mr. Perez earned his degree in economics at Trinity College (while working there full time). He then spearheaded the completion of the Learning Corridor, recognized as a national model for comprehensive community revitalization.

First elected Mayor in 2001, Mr. Perez then accomplished something that had eluded his predecessors - Charter Revision. The residents of Hartford look to Eddie Perez as the person they trust to lead the city on the path to economic recovery and financial stability. Along that road of revitalization, Mayor Perez has reached out and inspired people of all races and backgrounds. The people who have experienced this American Dream story first hand are members of his family. His wife Maria, son Eddie Jr., daughter Cierra, and grandson Noah. If Mayor Perez’s effective leadership is the foundation for the City’s future... a loving family is the foundation for this effective leader.