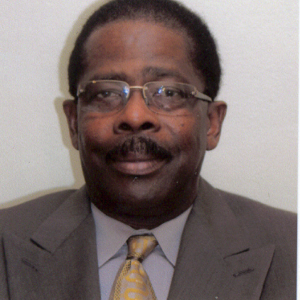 Mascelles Windsor Bailey was born in Kingston, Jamaica and acquired his early education at the private High School, Waulgrove College. After leaving High School, he spent four years in the Jamaica Civil Service, serving first as an Executive Assistant in the Accountant General’s Department and later, as a Cooperative Officer in the Ministry of Agriculture and Lands. During this time, he played cricket for the Richmond Unity Youth Club and the Hewson Shield competition of the Civil Service.

Bailey migrated to the United States in November 1968 to join his parents and siblings and to further his education. He graduated from Baruch College – City University of New York- with a Bachelor of Science Degree in Business Administration (BBA). He later acquired the Professional Designation of Chartered Life Underwriter (CLU) from the American College of Financial Services of Bryn Mawr, Pennsylvania.

He worked for the Corporate Trust Department of Chemical Bank for 5 years. During this time, he was among a group of young men working in the banking industry who saw the need for their own Cricket League. In 1971, he, together with Lloyd Dixon, Gordon Pinheiro, Derrick Scott Grafton Cupid and others, founded The Bankers Athletic League Cricket League (Bank League). For many years, the Bank League was a very powerful organization in New York cricket. Bailey was a member of the All-Star team, on many occasions, as a useful off-break bowler and middle order batsman.

In January 1974, Bailey moved to New York Life Insurance Company as an Agent. He soon went into management moving through the ranks to become Senior Partner. He left New York Life in 2004, to pursue his own Financial Consulting business.

In January 1977, Bailey co-founded Lucas Sports Club with well-known cricketers, Victor Reeves, Sonny Armstrong and others, then joined the Metropolitan League. Under his leadership Lucas has grown from strength to strength and is one of the few cricket clubs in the area that own their clubhouse. Lucas has opened its doors to all clubs and organizations that do not have their own facilities.

The Metropolitan League, The US Cricket Umpires Association, The Jamaica Civic Association of New York are some of the organizations that call Lucas home. Over ninety percent of the expenses of this facility are paid from Bailey’s own funds.

Bailey is, currently, the President of the New York Metropolitan and District Cricket Association (Metropolitan League) having served the organization, in various capacities, since 1980. He served on many committees and as Vice President before serving two stints as President. He served from 2002 to 2003 and from 2006 to the present. The Metropolitan League is the oldest and one of the largest cricket leagues in the United States, having been founded in 1879 with current membership of 22 clubs. He, also, played cricket in this league for over 27 years. Bailey is also President of Lucas Sports Club of Brooklyn, and a Director of United States Cricket Promoters Association led by Roy Sweeney, serving on the Planning Committee for all functions and events, including the Mayor’s Cup and the recent West Indies Cricket team’s visit to New York.

2013 to 2015 Bailey served as Executive Secretary for USACA, the governing body for Cricket in the United States.