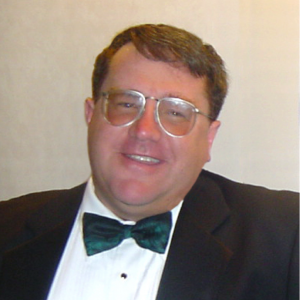 Martin Maher was born January 18, 1964, the youngest of eight children in Windsor Terrace, Brooklyn. As a child, he played in Prospect Park and learned to swim at Coney Island and Manhattan Beach. He attended St Francis College and St John's University.

Marty as he's commonly called is a 27-year veteran of the United States Coast Guard and served as a qualified boat coxswain, boarding officer, and in the Coast Guard Honor Guard. Additionally, he commanded a Port Security gunboat in the Persian Gulf during Operation Desert Storm and has various citations for his distinguished service.

Marty started at the New York City Parks Department as a Ranger in 1984 and was promoted to mobile Borough Inspector and served as a beach supervisor in 1987. He was the Deputy Director of Stadia and Marinas (at Shea Stadium) for three years and left to serve in the Persian Gulf. Marty Returned as Director of Storehouse Operations at Randall's Island and Director of Special Projects in Brooklyn Operations. He was the manager of Coney Island Beach for five seasons from 1994 through 1998, implementing various projects to beautify Coney Island and improve beach operations. He was promoted to Chief of Staff and served in that position for 18 years, helping to foster over $1 billion in improvements across Brooklyn. He is the agency's liaison to the Department of Veteran Affairs and has been the agency Vexillologist for over 20 years.

As Chief of Staff, Marty promoted the sport of cricket across the city of New York and helped foster the first designed cricket field in NYC Parks at Spring Creek in Brooklyn, and obtained funding for a new field at Canarsie A Park. Under Commissioner Julius Spiegel, he also organized the Mayor's Cup, a city-wide championship tournament arranging field time in all five boroughs and culminating in a championship match in Brooklyn for five years. In its final year, he organized the awards ceremony with the Mayor at Gracie Mansion. In 2017, Marty Maher was promoted to Brooklyn Commissioner for NYC Parks. One of his first acts was to reintroduce a championship match in conjunction with the United States Cricket Promoters Association. The match was named the Roy Sweeney Cup and was held on the then newly dedicated Roy Sweeney Cricket Oval, honoring an amazing man who first introduced him to cricket.

Though he has 36 years serving the public in NYC Parks, he has no plans to retire. He has planned far too many projects and goals, including improving existing pitches and adding more throughout the borough. He is hopeful that youth and ladies' cricket leagues will also embrace the sport. He is an Eagle Scout hand who has been involved with the Boy Scouts of America for over 45 years serving as Scoutmaster of Troop 237 for over 20 years. He has received numerous accolades, including the highest award for council adult service, the Silver Beaver. In addition, in 2017, he was bestowed with the Distinguished Eagle Scout Award, one of the rarest awards in the Boy Scouts of America. He has taught over 1000 scouts and adults and serves on local and national training staff.

A Revolutionary War historian, Marty is credited in David McCullough's Book 1776. In his spare time, he teaches colonial cooking, hikes, and swims. He renovated and now owns the Colonial revival house he grew up in and is a lifetime member of the American Legion and Veterans of Foreign Wars.