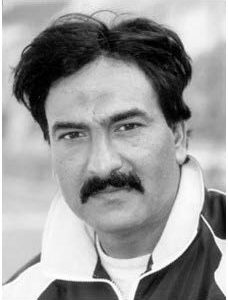 Former Pakistani cricketer Mansoor Akhtar is among this year’s class of nominees for induction into the Cricket Hall of Fame. Born December 25, 1957, Akhtar played in 19 Tests and 41 ODI’s from 1980 to 1990. He partnered Waheed Mirza in a world record opening stand of 561 in 1977. The partnership is still the best for the first wicket in first-class cricket. He scored one century and three half-centuries, with the highest score of 111 against Australia in Faisalabad.
Akhtar’s batting style is right-hand. He is also a right-arm medium-pace bowler. A flamboyant top-order batsman whose grace and poise are still talked about with awe, Akhtar has scored 655 runs in tests and 593 runs in one-day games. He was held in very high esteem by Imran Khan, who was hugely impressed by his batting skills.

Akhtar first came in prominence by having featured in a world record opening partnership of 561 in first-class cricket in 1976-77. Still a teenager, his contribution in the monumental stand was an unbeaten 224 while his partner, Waheed Mirza, scored a triple century. After having blunted the fearsome West Indian pace battery in a side game, he was rewarded with the Test cap against the same opponents in 1979-80. He went on to play 19 Test matches and 41 One-day Internationals for Pakistan but his record was deemed as modest and many people thought that he didn’t do justice with the loads of talent he possessed.
Although he played his last Test and ODI in 1989-90, he continued playing first-class cricket for United Bank Limited until 1997-98. He has lost none of his hunger for runs and the 53-year-old is still scoring heavily in veterans cricket at all levels. He has been the head of the sports department of the United Bank for over a decade.