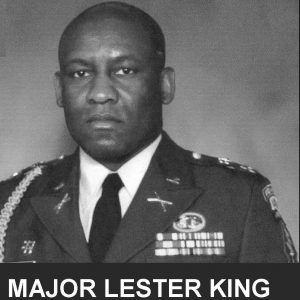 For many young men, especially today with the country engaged in war, a decision to join the military can be a very tough one. But according to Antiguan born Lester King, who joined the Connecticut National Guard out of necessity, it was one of the best decisions that he has made in his life.
Lester, the current president of the New Britain Social Club, who is well known as a fairly good cricketer in Connecticut, has been a member of the Guard for 21 years. He joined in 1988. Assigned to the Special Operations Unit (Green Beret) as an Operational Detachment Commander, he has served in Iraq and Afghanistan.
Born to Antiguans Charles and Zenith King, Lester came to the U.S. in 1985 to join his parents, who had migrated earlier. An exceptional elementary school student in his homeland, Lester’s main ambition upon his arrival in the U.S. was to get a good education. Joining the military was never on his mind. Soon after his arrival he enrolled at Buckley High School in Harford, where he graduated as an honor student. His next stop was Hartford State Technical School (Capitol Community College), where he obtained an Associate Degree in Electronic Engineering Technology.
It was while attending Hartford State College that he decided to enlist in the National Guard. “I was having difficulty raising the funds to pay for classes, but I was lucky to come across a group of Jamaican students, who did not seem to be undergoing the stress that I was experiencing in my efforts to find the funds,” he said. “I approached them and they informed me that they were members of the National Guard which was helping to finance their education. Right then I decided to enlist.” That decision helped him to complete his studies at that school, he said.
After completion of his first military training, he said that he developed a love for the army and decided to make it a career. Not satisfied with his accomplishments and having a great desire to further his education, Lester then moved to Central Connecticut State University where he pursued studies in mathematics eventually earning a Bachelor of Arts degree in Mathematics.
In the military, Lester has received training as a Combat Medic, Infantry Officer, Ranger and in the Green Beret Qualification Course. An Airborne Jump Master, he also received officer training in Fort Leavenworth, Kansas. A recipient of many medals (10) and awards, he was recently promoted to the rank of major.
In private life Lester works with the state’s Department of Transportation (DOT) in the office of research as a Transportation Engineer. He continues to play cricket during his free time.