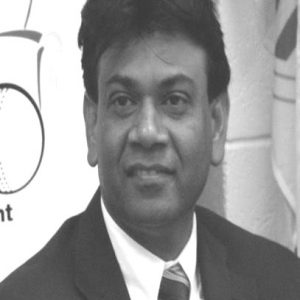 We want to write a story about the U.S Open Cricket in your newspaper so we can enter the world of Wikipedia. We want to make history by writing about the US Open, and because it takes a third party for us to be on Wikipedia, we would love for you to write about us. US Open was created by Mahammad Ahmad Qureshi, known as Maq. In December of 2009, US Open was played for the first time in Broward County cricket stadium. We had a $10,000.00 cash prize managed and hosted by Cricket Council USA Inc., also known as CCUSA. It is a sports management company located at 6221 West Atlantic Blvd. Margate, Florida 33063, and the phone number is 561-392-4800. CCUSA is a federal trademark and registered company in the USA.

The U.S Open tournaments format is a fast game, called T20 cricket which is a 20 over game and a120 ball legal pitch by each team unless a team gets out early. T20 cricket was played for the first time in Dania Beach, Florida on Thanksgiving weekend in 1999. The first US Open in 2009 and the first T20 USA World Cup, was also in Dania Beach, Florida on that Thanksgiving weekend. The introduction of fast cricket in the USA and the first cricket stadium built in the USA was in 2008 at the Broward County Regional Park. The opening ceremony game, Maq T20, was on Memorial Day weekend in 2008, hosted by Cricket Council USA.
Maq came up with the idea to create the T20 game in the USA. The fast game, just like one of the American games such as football, soccer, basketball, and baseball, is all about a 2 1/2 hour game.
T20 would be a good fit in the USA as one of the traditional American games. T20 created by Maq was introduced all over the world and he continues working with Broward County for development in the cricket stadium since 1999. Maq has approached Broward County’s tax appraisal, Mr. William Markam, and he liked the idea of building a cricket stadium in Broward County and found the land to build the cricket stadium, which was built in May 2008.
The opening ceremony for the first cricket game in the cricket stadium was May 23rd, 2008. MaqT20 was recognized by the US Congress as the first international cricket game. That tournament was played by four teams also with participation by Pakistan, and managing the team was Captain Javed Miandad. The West Indies team was managed by Richard Richardson, as well as the India team was managed by Mohammad Azharuddin, and the Canadian cricket team was managed by the Canadian cricket board.
Over 20 thousand people watched this game that Maq has created. Memorial weekend in 2009, the first ball opening ceremony was played by Zishawn Qureshi, son of Maq. He was only 10 years old at that time and Javed Miandad threw the first ball to Zishawn Qureshi. He was the youngest player who had ever played in the international Maq T20 cricket game. Qureshi was also known as a left-arm spinner and a right-hand batsman.

In the 2009 U.S Open, Zishawn Qureshi played at 11 years old, being the youngest player ever to play in the international and national cricket in the U.S open. A Broward county newspaper wrote a big story about Zishawn Qureshi, being the youngest player. In 2013, the highest wicket in the US open had 27 wickets in the U.S.
At the US Open in December 2009, and the $10,000.00 prize was won by Washington’s Tiger team. In 2010, the prize of $25,000 was won by New York. In 2011, CCUSA increased the cash prizes in the US Open to $100,000. Since then, the CCUSA had been offering $100k cash prizes every year after that. The US Open started with just 4 teams in 2008, and almost 150 teams register now but we can only accept 40 teams. In 2009, twelve teams participated, in 2010 twenty-four teams participated, in 2011 thirty-two teams participated, in 2012 forty teams participated, and in 2013 there were about 800 players playing in the US open international and national teams.
In the three-day tournament, we played 93 T20 games which was a world record. CCUSA worked with USACA for seven years. The United States Association and ICC approved and sanctioned the US Open but it was not approved by either board. After 7 years, CCUSA’s hard work to create the largest cricket tournament, US Open, was finally recognized and approved by USACA and ICC in 2014. We proudly say this is the first approved international recognition by USACA and ICC. MAQ Qureshi was very happy to see that after 15 years of hard work for cricket development in the US, and lots of hard work put in for the US cricket has been very successful. In 2014, Maq’s daughter, Samantha Qureshi, took place in CCUSA as a CFO.
Now the CCUSA is managed by Sofian Qamar who is the VP of operation. Www.ccusa.info CCUSA has developed cricket tournaments all over the US, and Maq founded the tournament in 2010 in Washington, DC. Tournaments went all over New York, New Jersey, Virginia, Maryland, Chicago, Atlanta, Hartford, Dallas, Niagara Falls, and the West indies, with T20. CCUSA provided College scholarships for the first time in the USA and offered the scholarship “Super Six Cricket” in 2013 for colleges. MAQ built the cricket stadium in 2007 in Boca Raton and is called the “MAQ Stadium”.
In December, it was also called BRCC Boca riding cricket club. It was the first private clay wicket in 2007 approved by the ICC in the USA. MAQs cricket stadium provides development to the US cricket Academy, teaching summer classes and coaching on weekends at the MAQ cricket stadium in Boca Raton. It has private classrooms and batting cages for practice and much more.
Anyone can join CCUSA by visiting www.ccusa.info. MAQ and CCUSA created 4 cricket fields on MAQs private land in Orlando Florida in 2008. It has 4 cricket fields with 40 acres of land. We have also created T20 cricket brand and gears, visit www.T20sports.com. Cricketers can get high-quality gear and uniforms. We also offer energy drinks, and you can visit www.T20drinks.com. The energy drink company MAQ created was the first cricket sports energy drink made in the USA and has become the number one energy drink in the world for cricket and anyone can become a distributor by contacting www.t20drinks.com. We create many business opportunities for cricketers. 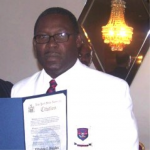