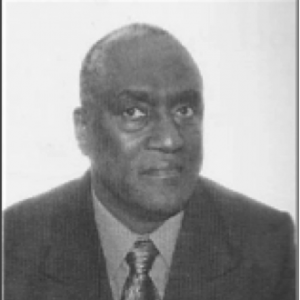 Founder and former president of the U.S. Cricket Umpires’ Association

An innovator, Lloyd Scott eats, sleeps and breathes cricket, so it is no surprise that he has spent most of his adult life on and off the field participating in the game he loves so dearly. Scotty, as he is affection- ately called, was born in Manchester, Jamaica. His early interest in cricket was developed at the Jamaica Youth Core (Cobbler), and further enhanced by former Jamaica cricket coach Dickie Fuller, who visited the youth Core to conduct cricket and umpiring seminars.

As a young man, Scotty moved from Manchester to Kingston where he continued to develop his cricketing skills by participating in all levels of the game. That included playing at the famous

“Oval” on Red Hills Road, as well as with the more renowned Railway and Kensington cricket clubs. The “Oval” was mostly for fun, played among pick-up neighborhood teams. Playing with Railway and Kensington was serious organized cricket where he played Junior and Senior and also served as club captain at Kensington for five years. While serving a club captain at Kensington, Scotty was credited with introducing women’s cricket to the club. He served as coach for the women’s team. Under his tutelage the Kensington ladies’ team won the Jamaica national ladies’ championship for two consecutive years. Some members of the team went on to represent Jamaica and the West indies.

Playing the game only strengthened his desire to become an umpire and in 1962 he became a Jamaica cricket umpire. He later passed the West Indies Cricket Umpires’ test to become a certified West Indies Cricket umpire. Migration forces change in one’s life and so it did with Scotty, but not his cricket. Moving to the united States he continued to play and umpire cricket matches. During this period, there was no organized umpiring body in the U.S. encouraged by former West Indies vice-captain and wicketkeeper Deryck Murray, in 1990, Scotty got together with umpires from other countries and other interested parties and the United States of America Cricket Umpires Association (USACUA) was born in New York, with Scotty as founder and president. Despite the growing pains, the USACUA has since spread its wings to other states mainly through conducting seminars.

Scotty’s achievements did not stoop there, he has represented the USACUA at International Cricket Conference (ICC) sanctioned tournaments in Kenya and India, and traveled as an observer to Malaysia and Canada. Perhaps has crowning achievement came in 999 when the USACUA hosted the West Indies Cricket Umpires’ biennial convention in the United States. It marked the first time the West Indies Cricket Umpires’ biennial was held outside the Caribbean.

There is one change Scotty would like to see take place in ICC sanctioned test matches. That is the rotation of field umpires with the third umpire and TV umpire. It is has feeling that that the same two umpires should not stand for all five days of a test match. Apart from the physical re- quirements of the job, the mental alertness is also challenged over the five-day period. He points out that players can leave the field for one reason or the other, but an umpire does so only in emergencies and since most umpires at the international level are approximately 50 years of age or older, umpires should be rotated on a daily basis over the five-day test match.

Scotty resigned after serving as president of the USACUA for over 10years but continues to serve the association as an executive member. Today the USACUA boasts an active membership of over 175, of which 65 are national umpires and 35 successfully completed the West indies Cricket Umpire’s examination. Cricket is not all that consumes Scotty, he is also President and CEO of Scotts Plumbing and Heating Company for the better part of 15 years.