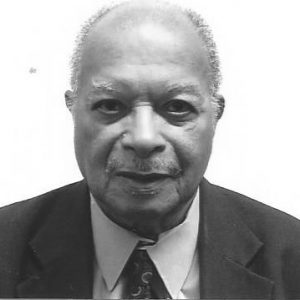 Linval E. DaCosta, who throughout the years had established himself as a competent opening batsman in the New York Cricket League (NYCL), said that he is honored to be selected for induction into the Cricket Hall of Fame.
Born in Kingston, Jamaica, DaCosta fell in love with the game as a youngster and while playing for his school developed into becoming a competent batsman. In 1950, he migrated to the U.S. Two years after his arrival, he began playing in the NYCL for the St. Lucia Cricket Club which at the time was one of the respectable team in the competition.
In 1954, he moved to Wembley Athletic Club (WAC), and continued to play for them in the same league, until his retirement in the 1980s. He became an accomplished opening batsman and had the privilege to represent the NYCL on several occasions in that position. He was also the recipient of several batting awards at Wembley and from the League.
Apart from his cricketing abilities, during the years, DaCosta, a Foundation and Lifetime member of Wembley Club, also made some useful contributions to the development of the game in the area. He served in several executive positions in the NYCL, which included Vice-President and Trustee, and at Wembley Club, where he served as president from 1970-77.
DaCosta, who received his education in both Jamaica and New York, where he has lived since moving to the U.S., received a BBA Degree from New York City College in 1959. He worked for the Department of Welfare in New York from 1959 to 1961, then was transferred to the New York City Housing Authority where was employed until 1993. He retired as a District Director in the South Bronx.
A member of the Independent United Order of Mechanics since 1982, he has attained the Degree of Venerable Past Grand Master. He is also a foundation member of Mt. Sinai Lodge No. 7, a member of the NAACP, the Democratic Club, Our Lady of Grace Roman Catholic Church and a past member of several charitable and social organizations.

He has been married to his wife Naomi since 1961. They have six children and 10 grand- children.