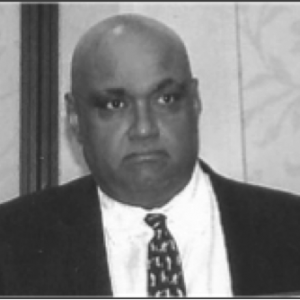 Lesly R. Lowe, President and founder of the Commonwealth Cricket League based in New York City, New York, came to the USA in 1970, as a 14-year old, to join his parents. His father was an accomplished cricketer and just before leaving Guyana had been a key player for Berbice in the Davson's Cup which was the main competition then. Lowe Sr. played against such stalwarts as Rohan Kanhai, Joe Solomon, Roy Fredericks, Leslie Amsterdam, Walter Bovell, Sydney Jackman, Isaac Seunarine, Gopie Beasmonie, and many other prominent

Lesly was the scorer and equipment-manager for his dad's team. Meeting and watching all these great players in action left an indelible impression on this young man. Anyone who had the chance to see the great Rohan Kanhai in action in the mid-60's had to consider himself very fortunate. Lesly, of course, always sided with his own team but in his

heart he was surely wishing for a Kanhai or a Solomon hundred even if they were the opposition. In 1971, Lowe Sr. managed to put together a team made up of friends and relatives which also included young Lesly, who had played cricket in Guyana before leaving for Berbice High School in New Amsterdam and even at that tender age was a pretty useful medium pacer and a h89ard-hitting lower-order batsman.

The Commonwealth Cricket Club was born, later to become the Commonwealth Cricket League. Well, here is how it happened. One day Lesly was asked to take a rest in a game. In other words, he was unceremoniously dropped from the team. The team had many players so everyone had to rotate. That was a fair system but the young Lowe was almost arrogant. Who were they to drop him, he felt? So he managed to round up some of his friends and a few of the younger players in the team, including his brother Daniel, and they broke ranks. Lowe Sr. was furious that Lesly had started what amounted to a rebellion within the team and things were never the same.

Lesly acquired his first cricket ground in 1972. It was called the Van Cortlandt Stables and was one of the nicest, most scenic fields found anywhere at that time. It was the venue of the "Challenge Cup". Commonwealth Cricket Club, led by Lowe Sr. versus Lesly's new team. Because the 'Stables' was located right off Broadway, it attracted many potential cricketers and in no time the organization had more than 100 players, mostly expatriates' from theWest Indies and Pakistan. More grounds had to be acquired as more teams were beginning to spring out of the woodworks but the major problem, as it is today, was "where to play?” There were only so many matches that could be played. So

Lesly began an aggressive hunt for cricket grounds in New York City and that is how it all started way back then.