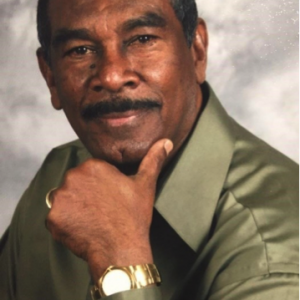 Leonard Chambers’ early journey as a cricketer started with the St. Jago Youth Club as a player and then became captain of the team at the Hamilton and Carib competitions. He represented Bernard Lodge in the Sugar Estates Cricket Competitions. Later, Leonard captained The Saint Catherine Cricket Senior Team for 9 years, he was also the captain of the All Indian and Jaghai’s Cricket Teams in the Rankine competition. Leonard represented the Jamaica National Colts team against overseas teams including the English Cavaliers team, Australia and Worcestershire and with consistent performances as a batting all-rounder, he was selected in 1965 by the Jamaica Cricket Association to represent Warwickshire County Second Division Team and Stourbridge Cricket Club in the Birmingham League. In 1966 he made his debut against Trinidad at the Queens Park Oval and in 1975 he was named player manager of the national team in the regional tournament. Later that year in 1975 he was named captain of the Jamaica team against Tobago, in Tobago.

Leonard was again appointed player manager in 1975 for a special tournament involving the six regional teams on tour in Guyana. He served as a Jamaica Cricket Association member for twenty- three years during which time he was a member of several committees including the senior selection for twelve years and thirteen years as the youth selection chairman. Leonard was instrumental in the formation of the All Island Kingston Wharves under nineteen cricket competition. Leonard also pro- cured scholarship for a number of former youth players to the University of Technology. He also per- formed duties as a West Indies Youth selector on several occasion and as manager at home in the Caribbean against England in 1995 and on tour against Pakistan and Bangladesh the same year. In 1979 he represented Primrose Cricket Club in the Bronx League. Leonard served on the executive body of the Jamaica Cricket Association as Assistant Treasurer in 1973 and as Assistant Secretary in 1974. He is the recipient of the Carreras Award for services to Jamaica’s Youth Cricket and also a cita- tion for services to youth club cricket in Jamaica by InSports of Jamaica and he continues to be an avid supporter of Jamaica and West Indies cricket.